NDT Before and After Photos 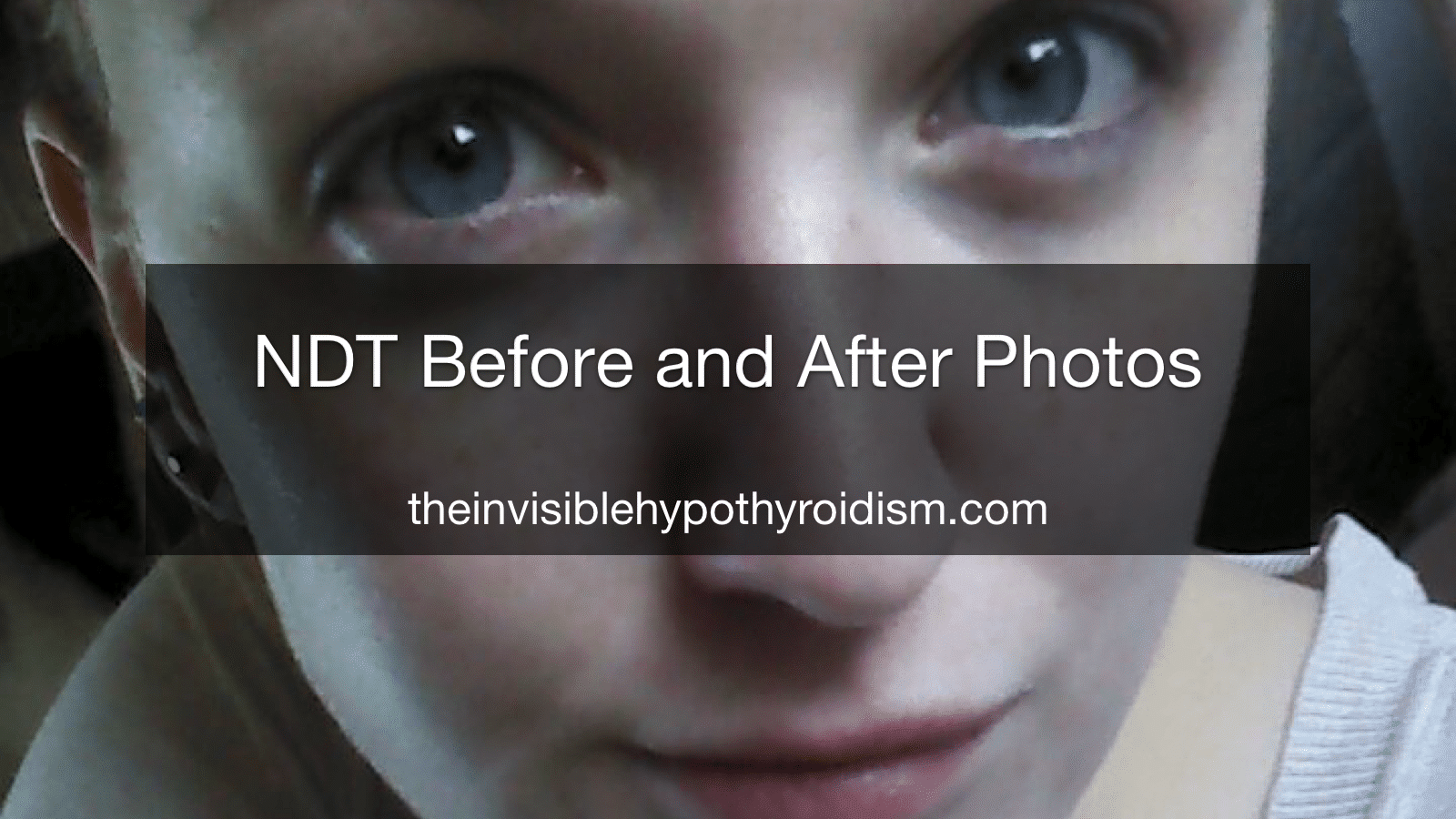 The most common ‘before and after photos’ we see in the thyroid community tend to involve a ‘before’ on Levothyroxine and an ‘after’ on a different medication type such as Natural Desiccated Thyroid.

In my Facebook support group, members have told me they find them really helpful and inspiring to look at. So, I committed to taking photos of myself throughout my thyroid journey of switching to NDT, to show the difference it has had on me, too. 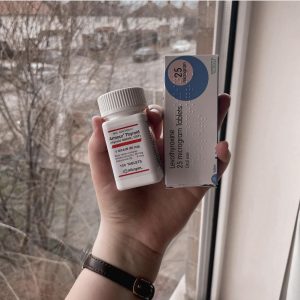 March 2015 – Diagnosed with Borderline Hypothyroidism, Hashimoto’s “Off The Charts” but not on thyroid medication

This picture makes me feel sad whenever I look at it. 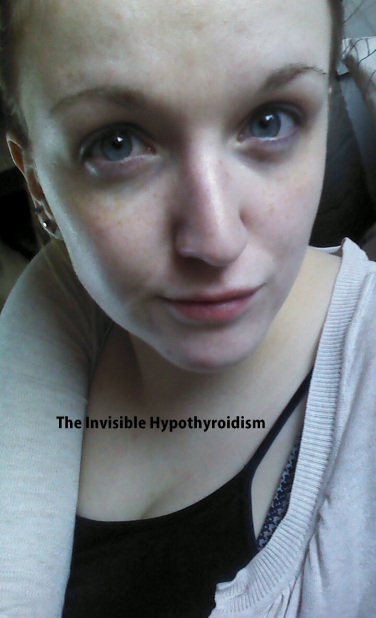 When this photo was taken, I was at my worst, symptoms-wise. I felt like no one believed how awful I really felt. I was lost, confused and pretty darn scared. I was overwhelmingly exhausted, my body ached like the worst flu I’d ever had, and so I knew something wasn’t right. I’d been feeling this way since September 2014 and it was only getting worse as time went on.

Doctors eventually ran a bunch of blood tests in April 2015, after I hadn’t gotten any better seven months later, and it came back with my TSH being ‘borderline‘ high, at around a nine, when the range used was 1-10, and I was also shown to be anaemic (low in ferritin).

Of course, I felt nothing but worse, two months later. At that point, my TSH was even higher, and I was started on Levothyroxine for my hypothyroidism in July 2015.

The most noticeable differences in how I looked here, compared to when I was a healthy twenty-year-old, include the huge bags under my eyes, uneven skin tone, pinky-purple lash lines, thinned eyebrows, and a gaunt look to my face. I generally look very sick. 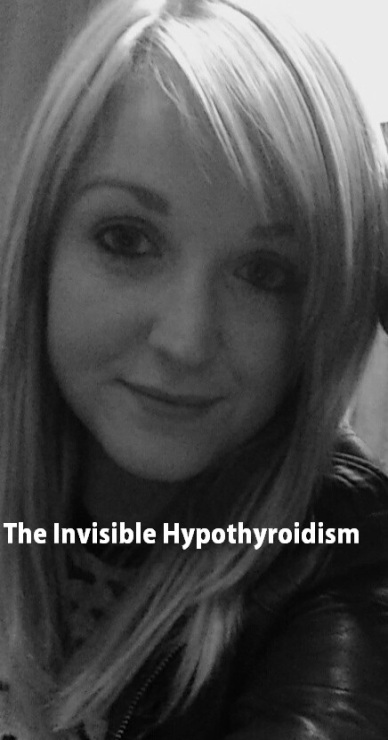 I had been on Levothyroxine for almost four months when this photo was taken. My face had started getting puffier and my symptoms only got worse with time. You can see I still had the big bags under my eyes. My skin was looking somewhat better.

I had over 20 total symptoms by this point, meaning I had gained more since starting Levothyroxine. I could tell that it wasn’t working for me and I was frustrated about that.

Symptoms included, but were not limited to:

Doctors carried on telling me that my TSH was ‘in range’ so I was being ‘optimally treated’. They told me all these symptoms were all in my head and that I needed to ‘let them go’.

I searched for information in research, studies and books about why I could still be feeling unwell with a ‘fine’ TSH, and I started to realise that my doctor going by TSH alone wasn’t the correct way to measure how I was doing on my thyroid meds.

I started looking at other thyroid medication options too, piecing together that I likely had a conversion problem as to why Levothyroxine unfortunately wasn’t helping me.

By November, I decided that I wanted to try a medication that made a lot more sense to me than Levothyroxine; NDT. However, after asking many doctors (GP’s at my surgery plus endocrinologists I was referred to), none would prescribe it so I decided to self-source it from Thailand.

I must stress here though that I never recommend this lightly and always suggest obtaining it from a doctor wherever possible. Buying your own medication online is incredibly risky and can be dangerous.

I started it in mid-December, and I was seeing results within a couple of weeks. By January, I was feeling significantly better, and all but one symptom had gone; my fatigue. I was so pleased that I was able to exercise and workout again, that I took this photo.

Please see my blogs about my detailed NDT journey here.

All of those symptoms mentioned above, besides the fatigue, had gone.

I also found out in January that I had adrenal dysfunction (though it is more accurately referred to as hypothalamic-pituitary axis dysfunction), likely the culprit for my ongoing tiredness, so I started working on fixing this.

Needless to say though, I was feeling loads better just by switching to NDT.

You can see in the photo that my skin was more even and healthy looking, the puffiness in my face was gone, the bags under my eyes were a lot better and I generally looked and felt a lot healthier than before.

I was still on NDT and doing well, although still had adrenal issues, but my quality of life was good and I was generally doing well day-to-day. My GP was happy with my progress on the medication and continued to run thyroid blood tests every few months, adjusting my dosage with me (we would discuss how I felt and what I felt was the best move forward with his input too). 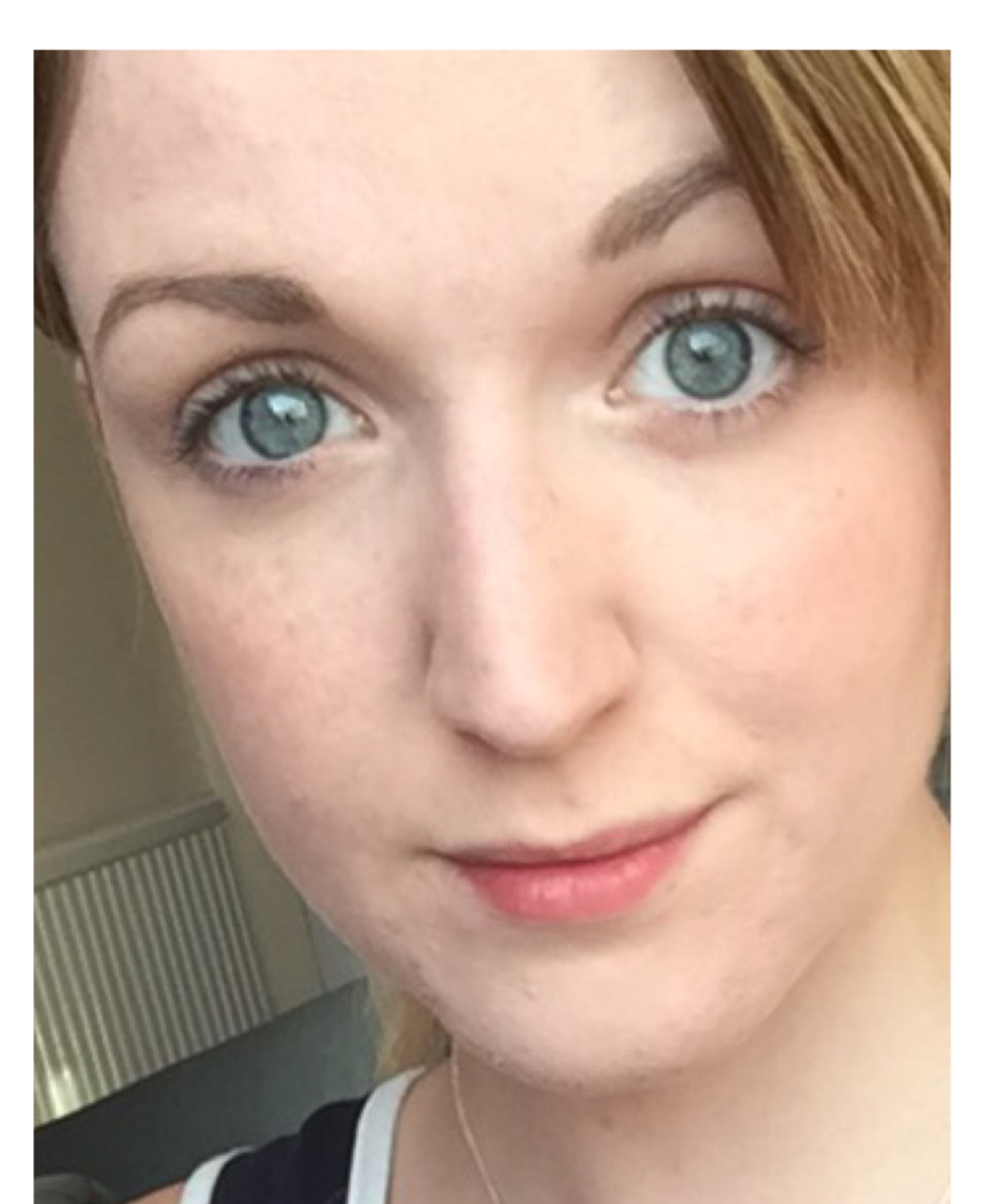 It was from this time that I started being able to live without my hypothyroidism being a  conscious thought or problem.

This is how I’ve ‘looked’ since, and I don’t think there is any improvement to be had in terms of looking any healthier. You can see it in my skin, eyes, face shape etc. that I was much healthier on the NDT compared to nothing at all a year earlier, or Levothyroxine just eight months prior.

NDT has made a huge difference to my quality of life, but my needs have changed over the years. From being on NDT alone to now being on a combo of NDT and Levothyroxine. I am always open to reviewing what my body needs from me and providing this so that I can live my best thyroid-healthy life.

However, I can’t deny that I am one of the many thyroid patients who need that direct T3 in their thyroid hormone replacement medication in order to have that quality of life.

Do you look back at old photos and realise just how unwell you looked?

The book Be Your Own Thyroid Advocate: When You’re Sick and Tired of Being Sick and Tired, which builds on this article in detail. It tells the story of how I went from being undiagnosed and very ill with hypothyroidism, to taking back control and thriving again. 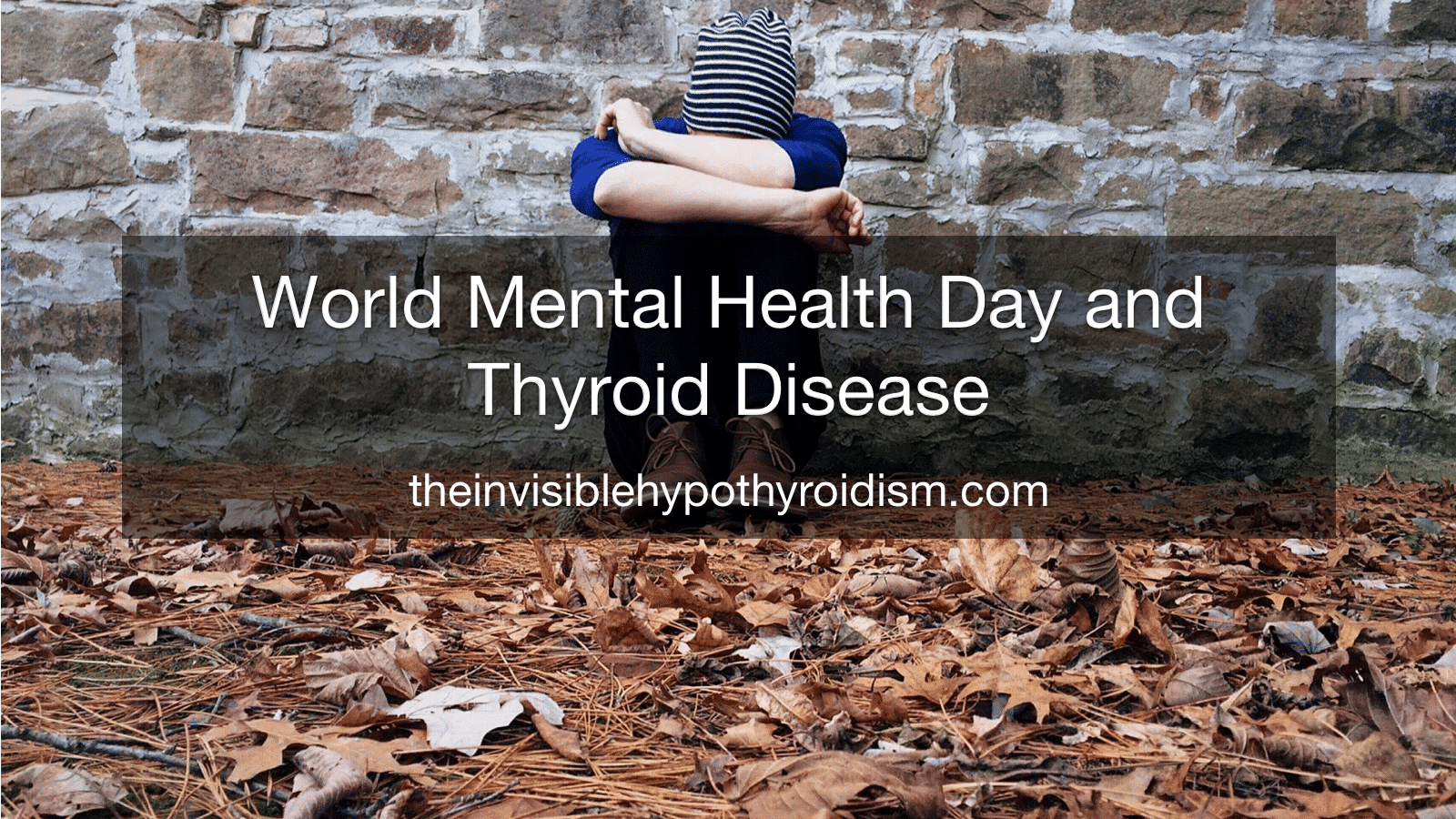 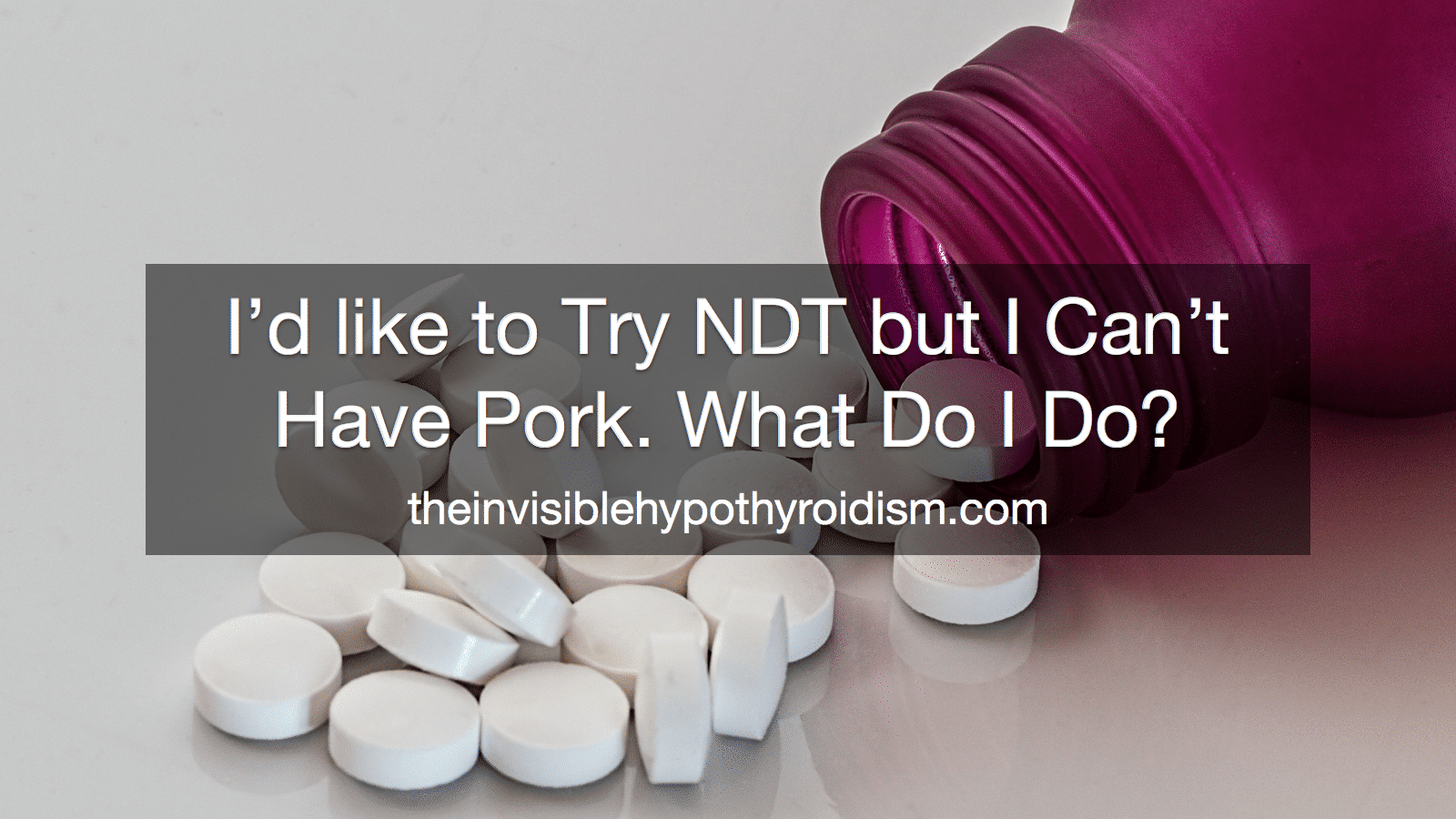 I’d like to Try NDT but Can’t Have Pork 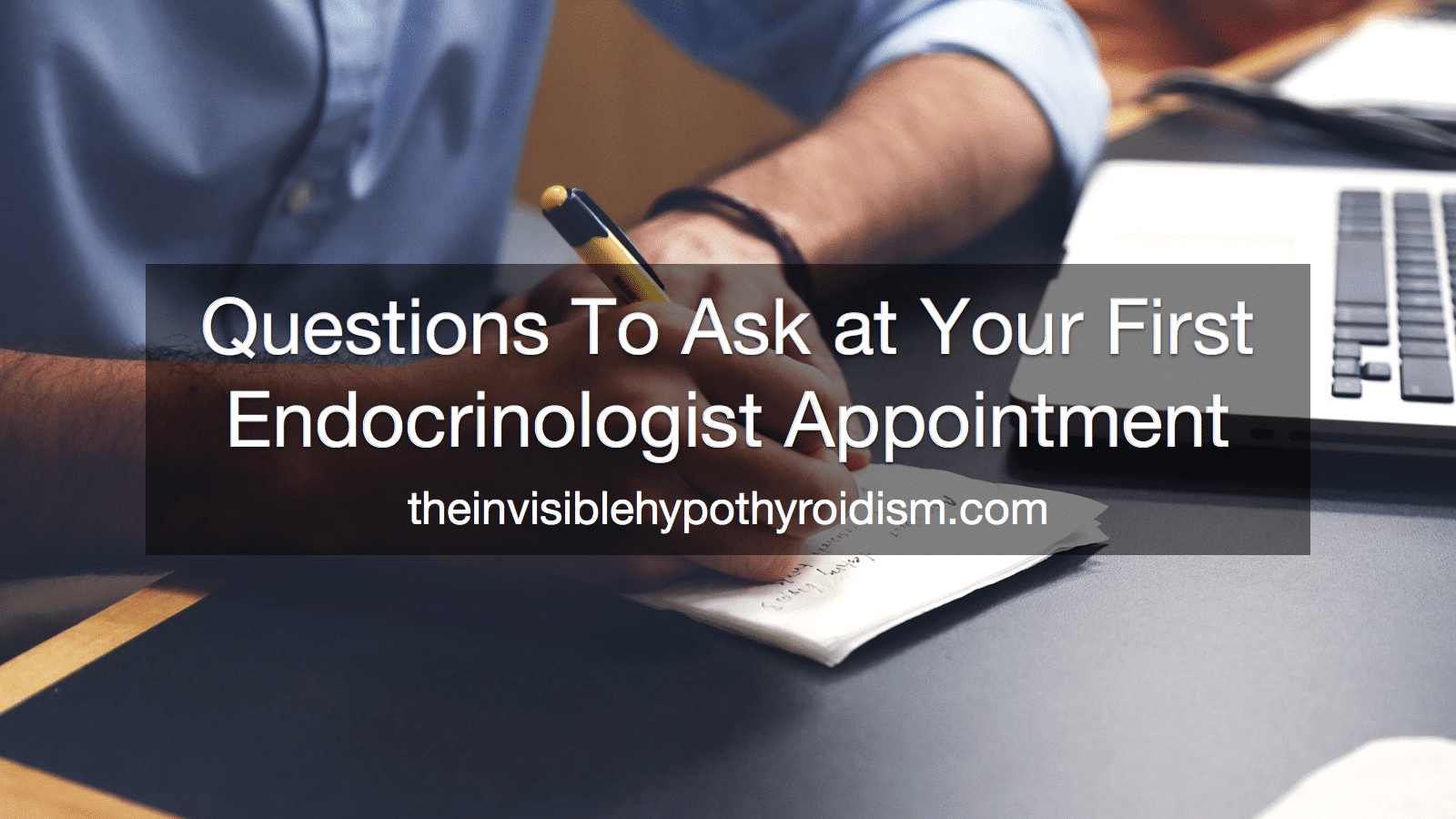 Questions To Ask at Your First Endocrinologist Appointment