Thyroid Hormone Conversion and The Problem That Can Happen 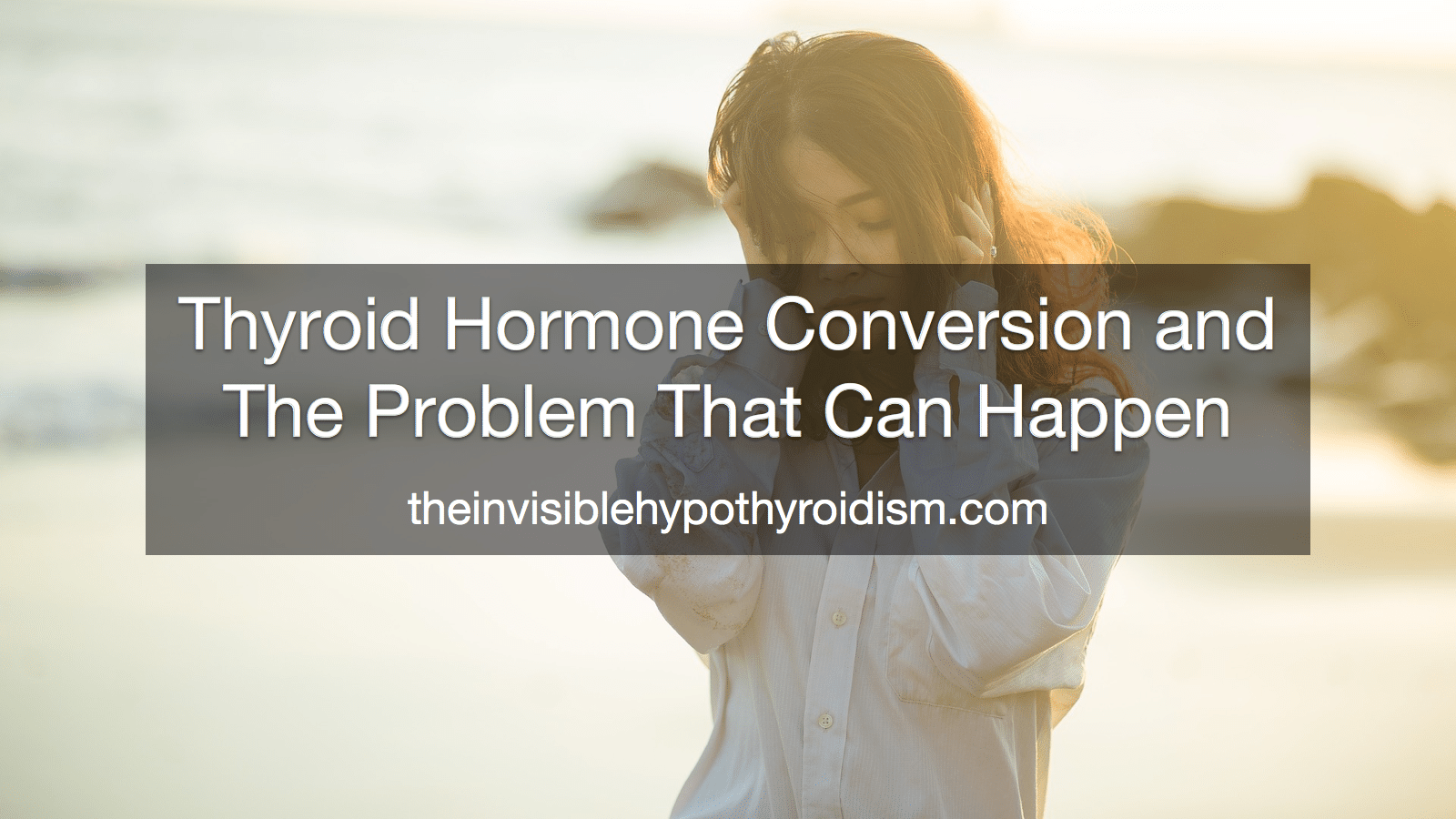 The BBC show ‘Trust Me I’m a Doctor’ even covered the issue of T4-only medications (such as Synthroid and Levothyroxine) not adequately converting to the active hormone T3 and leaving some thyroid patients unwell. I’ve gone in to that some more, further on in this article.

If you are on T4-only medication such as Levothyroxine, Synthroid etc. and still don’t feel well, then it is possible you could not be converting T4 to T3.

These five hormones are needed for every process and cell in your body, especially T3. Although we have more T4 than T3, T3 is the most active. T4 is said to be about 90% of what the thyroid gland produces, with around 9% being T3 and adequate levels of both is what’s needed to help us feel well and carry out all our usual bodily functions and processes.

However, we know that it is not just about how much T4 is available, it is also about whether it is actually usable at the cellular level or not.

The main purpose of thyroid hormone, produced by the thyroid gland, is to ensure the metabolism is running properly. You might think that the metabolism’s job is just to burn calories, but it is also to produce heat and fuel to keep us warm and give us energy.

An inability to properly convert T4 to T3 is common among thyroid patients and can even result in a fluctuating TSH, or a TSH that is ‘in range’ and a low Free T3.

Many patients have an in-range TSH, but when they actually check their Free T3 and Free T4 levels, they see that the T4 from their meds is not converting to adequate levels of T3.

This can be caused by an enzyme called iodothyronine deiodinase, that is either deficient or not compatible for some people. The enzyme iodothyronine deiodinase is important in the activation and deactivation of thyroid hormones, as T4 is converted into T3 by deiodinase activity.  A problem with this can therefore cause conversion issues, where TSH may look ‘fine’, as well as the Free T4 level, but with a low Free T3 and continued hypothyroid symptoms and development of other health conditions (such as mental health and heart/blood pressure problems). Low or deficient levels of trace minerals selenium and zinc can also cause conversion issues.

The BBC show ‘Trust Me I’m a Doctor’ even covered this issue:

Sometimes when patients are diagnosed with hypothyroidism and prescribed T4, this doesn’t make them feel any better. It may be that these patients have trouble converting T4 into the active version of the hormone, T3. This process is dependent on enzymes in the body that need certain nutrients to function. It could be that these enzymes are not working properly, or the body isn’t producing enough of them or it could be that patients are lacking the nutrients needed for these processes, such as selenium. An alternative treatment option is to take T3 – the active hormone.

Conversion problems and issues with thyroid medication properly working, can be caused by adrenal fatigue (note: it is more accurately referred to as hypothalamic-pituitary axis dysfunction), or other vitamin deficiencies such as iron, zinc or selenium. Poor gut health can also be a contributor. [1]

By addressing these, you may fix or improve the conversion issue, but many other people simply have a problem converting T4 to T3 and don’t know why.

However, troubles converting thyroid hormone are a big reason as to why T3 and NDT medications can work better for a lot of thyroid patients. As opposed to T4-only medications like Levothyroxine or Synthroid, NDT or synthetic T3 medications give direct T3, so the patient doesn’t have to rely on their body to convert it.

I was unwell on Levothyroxine and only felt worse as time went on but have reclaimed my health and life by switching to NDT medication.

If you’ve tried raising your dosage of T4-only medication and feel even worse, then this could be a sign of a conversion problem, as you may not need anymore T4, but instead T3.

Dr. Durrant-Peatfield’s book ‘Your Thyroid and how to keep it healthy.. The Great Thyroid Scandal and How to Survive it’ talks about how the body can manage the conversion of T4-only meds in to T3 for so long, before eventually losing the ability because of the stress this puts on the body. Essentially, the body is already under stress by being hypothyroid, so why add anymore? Why try to rely on it converting hormones, when we can simply put them in, ready to be used?

Conversion issues are a big reason why I support the advocation for use of Natural Desiccated Thyroid and T3 medication, especially when we see how incompatible T4-only medication can be for some people.

The only way to know for sure if conversion issues are holding your health back is with thorough and full thyroid testing. If your doctor won’t order the full thyroid panel (including the all-important Free T3), then you can do so quite inexpensively online. Medichecks cover the UK and LetsGetChecked cover most countries worldwide.

What Does a Conversion Problem Do?

Not being able to adequately convert T4 in to T3 can leave you hypothyroid and not optimally medicated. Your hypothyroidism isn’t optimally managed, meaning you may still have a lot of symptoms, and patients’ mental health also commonly suffers.

Having low Free T3 can be the cause behind depression, mood swings, anxiety etc. when on t4-only medication. This was certainly true for me. When I switched from T4-only Levothyroxine to NDT,  my anxiety, depression and over-emotional tendencies lifted quickly.

T3 has an important role in the health and optimal functioning of your brain, including: your cognitive function, ability to concentrate, mood, memory and attention span and emotions and ability to cope with life’s stresses. T3 interacts with brain receptors and makes the brain more sensitive to chemicals such as Serotonin and Norepinephrine, which affects your alertness, memory, mood and emotion.

Have you been checked for conversion issues? Let me know in the comments below. 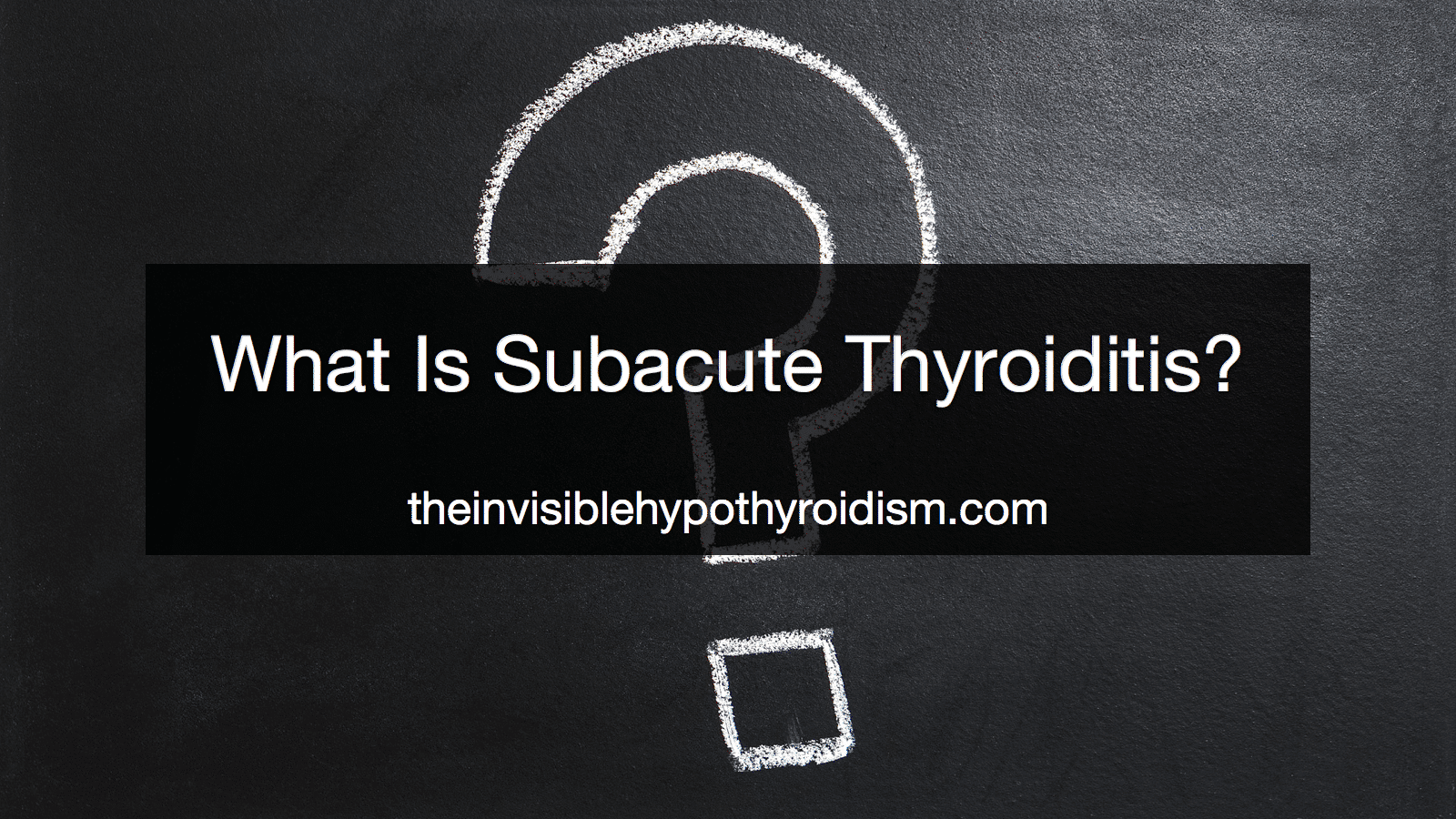 What Is Subacute Thyroiditis? 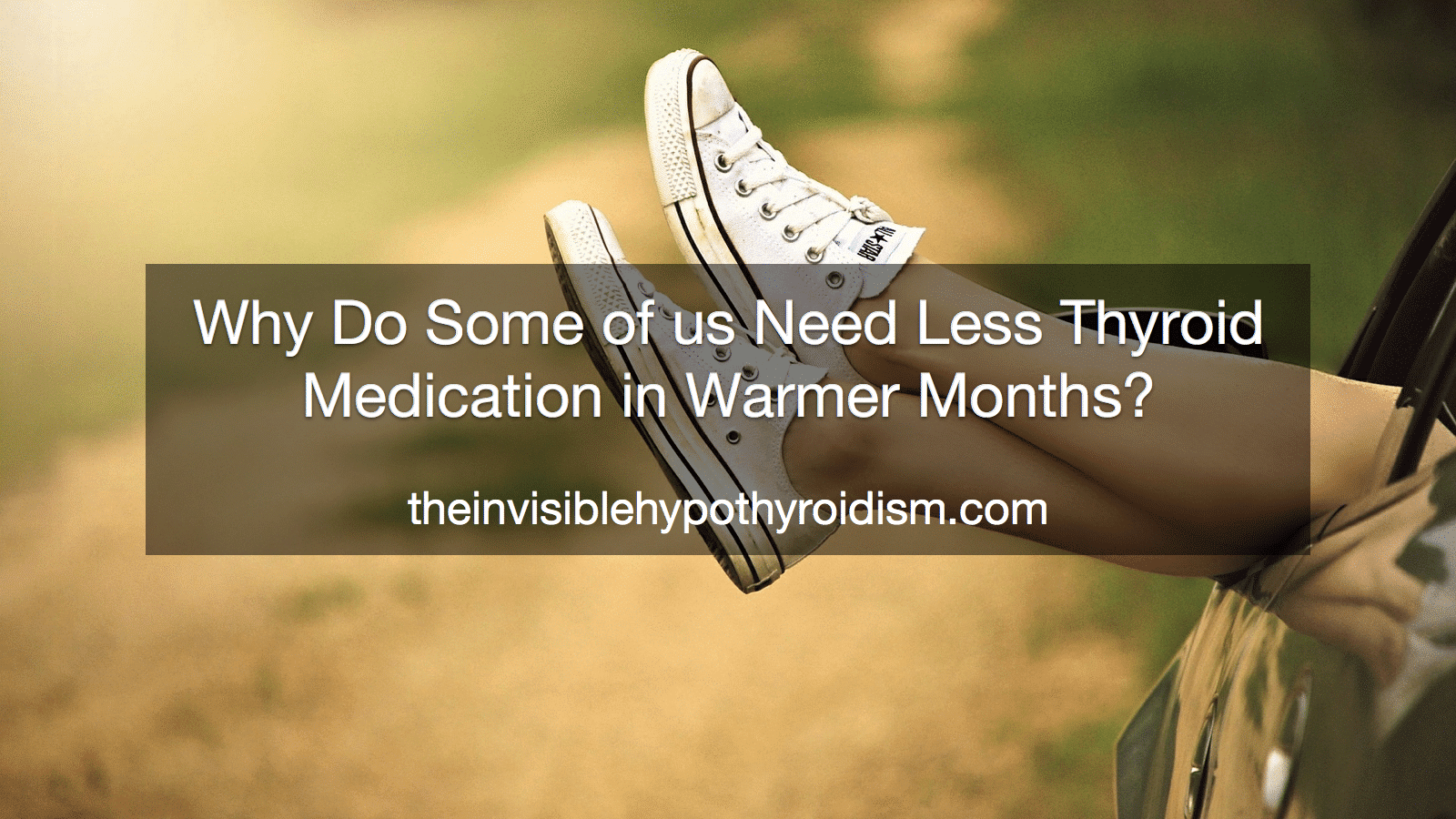 Why Do Some of us Need Less Thyroid Medication in Warmer Months? 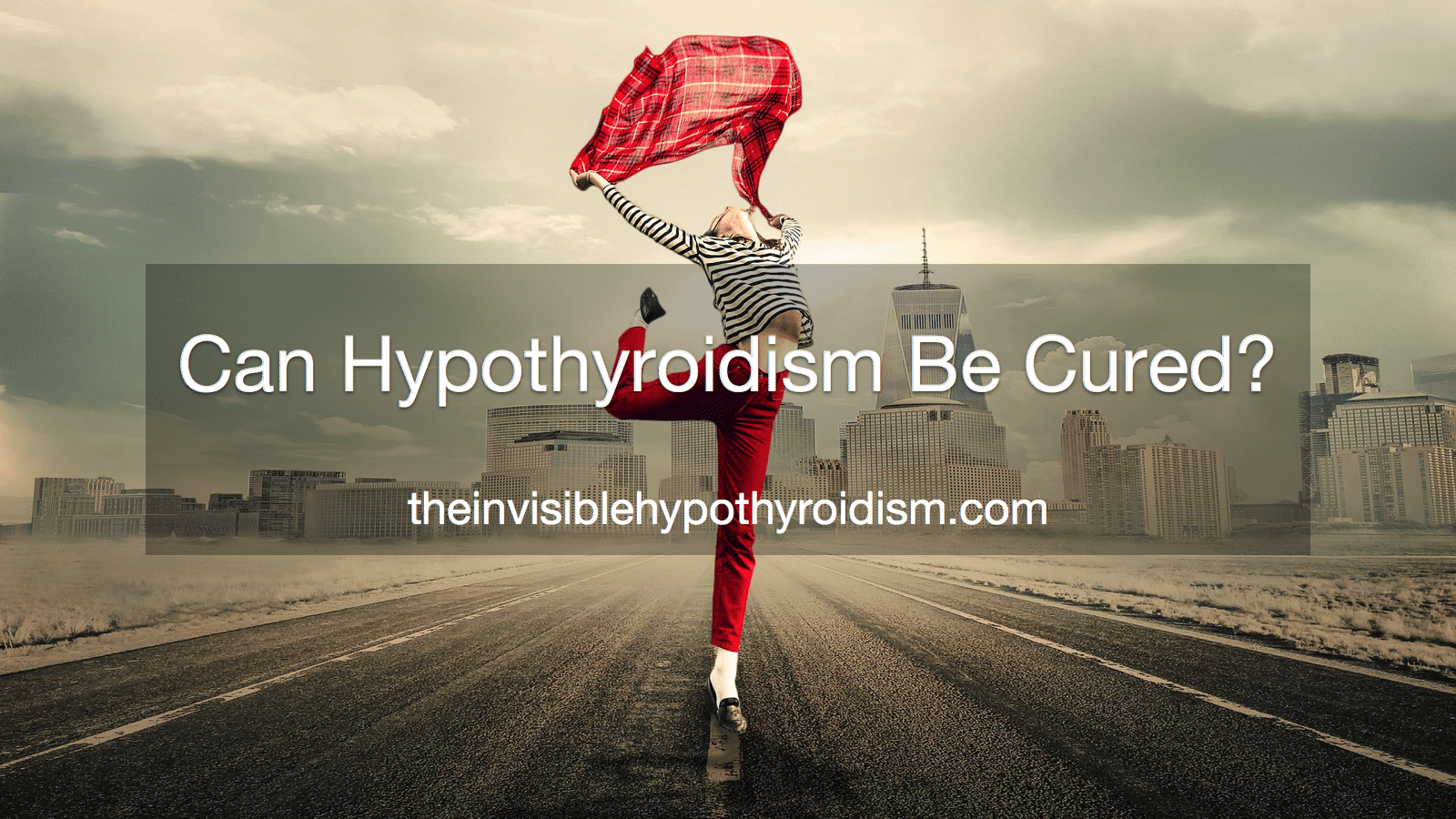 Can Hypothyroidism Be Cured?

All of My NDT Journey Milestones