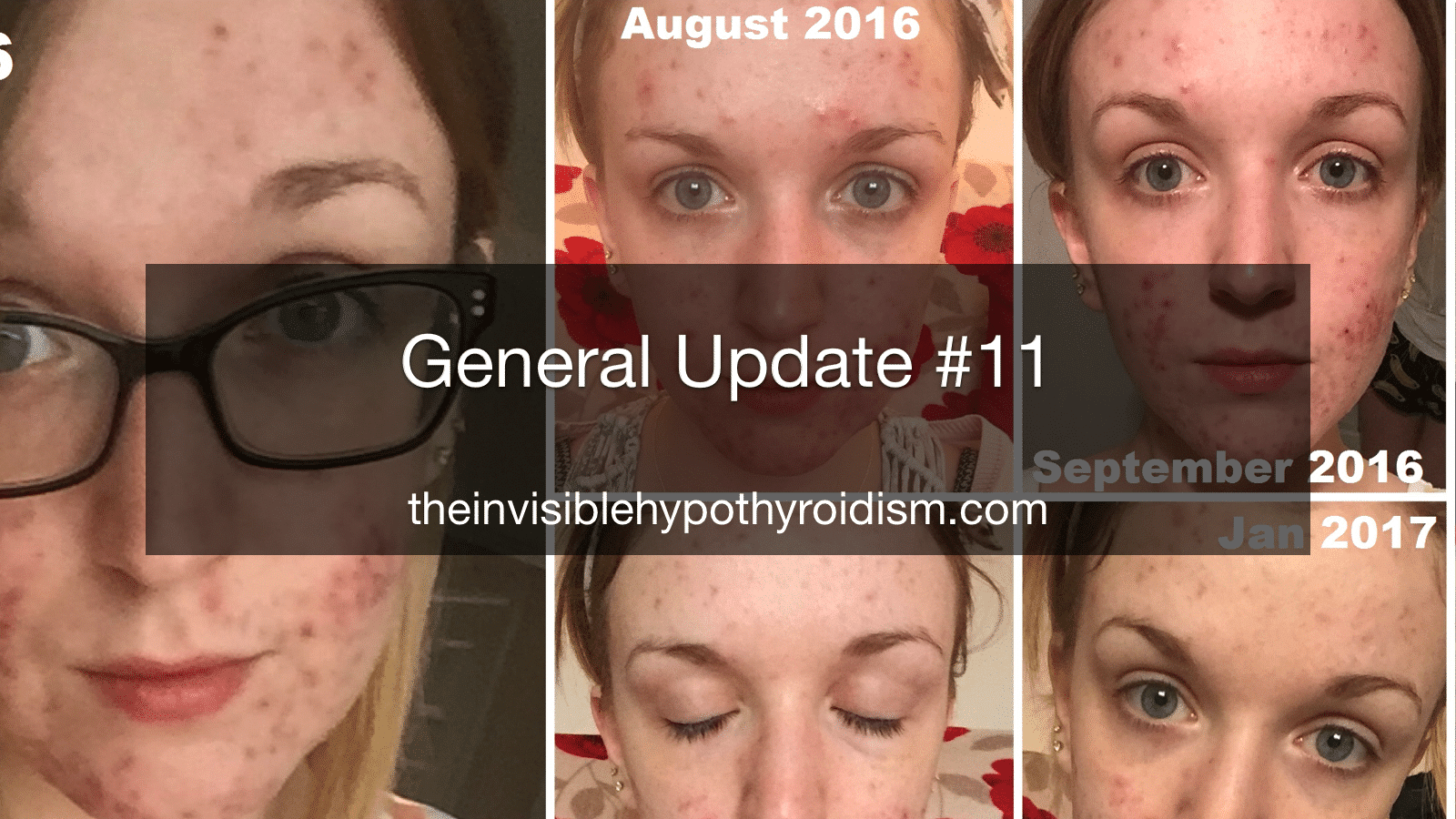 So I went gluten-free on 12th September, meaning it’s been a month now, and I’m already seeing some positive changes.

I only realised the other day that I was doing a bit better, when I realised I was feeling more productive and motivated in the mornings, this past week or two and my stomach issues have ceased. I then also realised that my thyroid brain fog has completely gone, I haven’t had any palpitations in weeks, I’ve been falling sleep easier lately and staying asleep, feeling less fatigued as a whole, going to the loo more regularly (sorry!) and, miraculously, my acne is looking loads better.

Apart from upping my NDT dosage from 2 to 2.25 grains a day, a few weeks ago, the only other change has been going gluten-free, and I strongly believe that this is what’s making such a difference to my lingering symptoms/issues.

My period last month was also only a day late, whereas its been weeks late in previous months.

Here are some before and after photos to demonstrate the improvement in my skin. 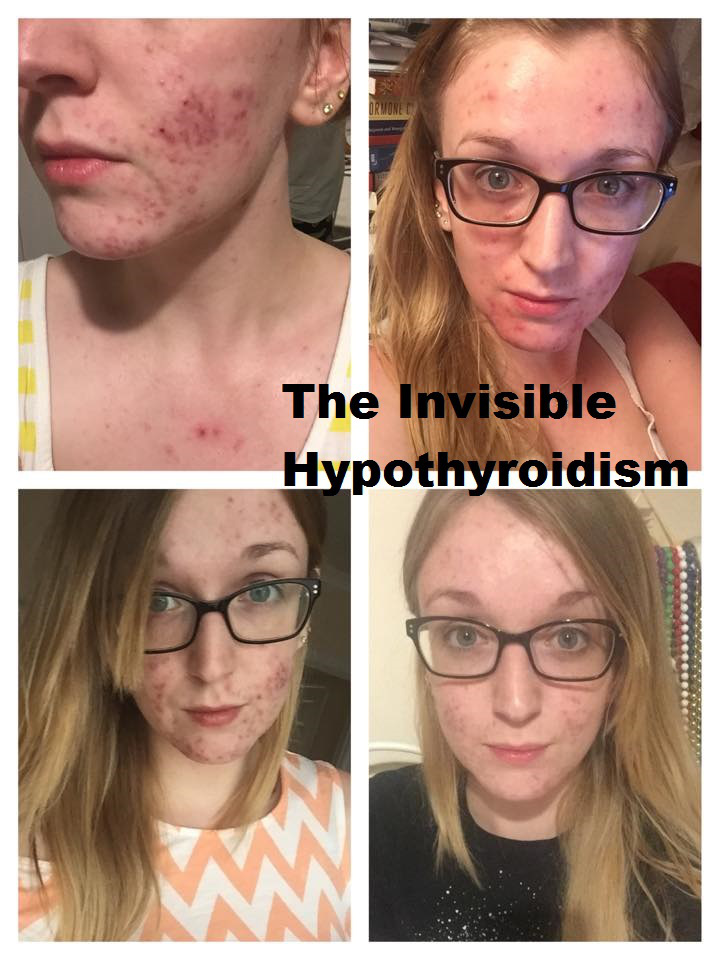 The photo of me in the black shirt in the above collage was taken today. The top left was taken a  few months ago, the top right when I was on that horrible Epiduo cream from the doctor which made it much worse and then the bottom left a couple of weeks after that had ‘healed’.

I have noticed that the general redness and inflammation has gone down, and I mostly just have scars/what remains of old spots left. The bags under my eyes and the general colour and tone of my skin has also improved. And the rest of my right eyebrow has grown back.

I’m thinking that I’m sensitive to gluten (like many people with Hashimoto’s), which, when eaten, causes inflammation in my body (leaky gut) and this causes/contributes to my high cortisol (adrenal fatigue). I have already been told that high cortisol is known to deplete your progesterone, causing oestrogen dominance, which I had confirmed through my testing a month ago.

So basically, I think the gluten, cortisol and sex hormones are very delicately linked. I seem to be much better off it.

My thyroid jigsaw puzzle is all coming together!

I’m not sure why going gluten-free before (my first try) didn’t show me any improvements, but I’m now wondering if I truly was gluten-free back then and if gluten was sneaking in to my diet still and I wasn’t aware. I’ve been much more vigilant this time and I’m seeing great results.

My doctor has referred me to a dermatologist as well and I’ve been told to give Epiduo ‘another try’ but because of how bad an experience I had with it before, I swore I’d never touch that stuff again. So I haven’t bothered with it. I’ll also see how I’m doing in a few weeks and if I really do still need to see the dermatologist. Otherwise, I’ll cancel it.

My progesterone cream has arrived, so I’m waiting for my luteal phase and then I’ll give that a try and will let you know if that helps. 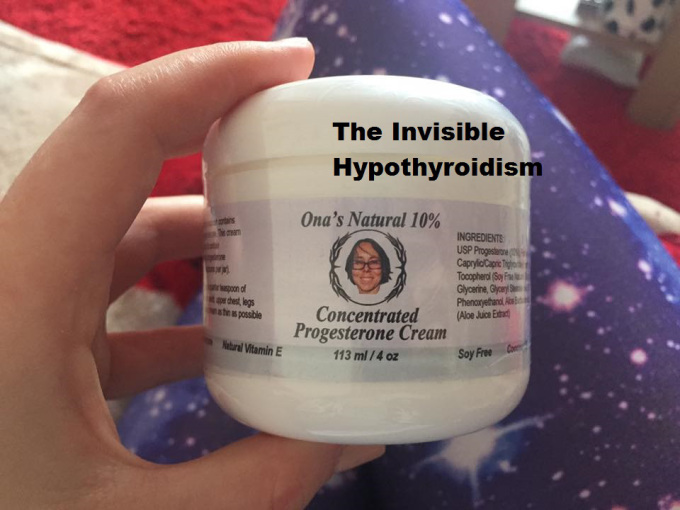 After the Epiduo which ripped my face to shreds, the GP then gave me an antibiotic which didn’t agree with me and another cream, called Zineryt, pictured below. This had no effect whatsoever. Upon asking my doctor to assist me in finding the root problem for the acne instead of masking it with more creams to treat the spots themselves, he explained that conventional medicine doesn’t work like this.

Very frustrating! So just like everything else, I’ve had to unearth all of this and make progress on my own, really. This is why advocating for ourselves is so key to getting better. 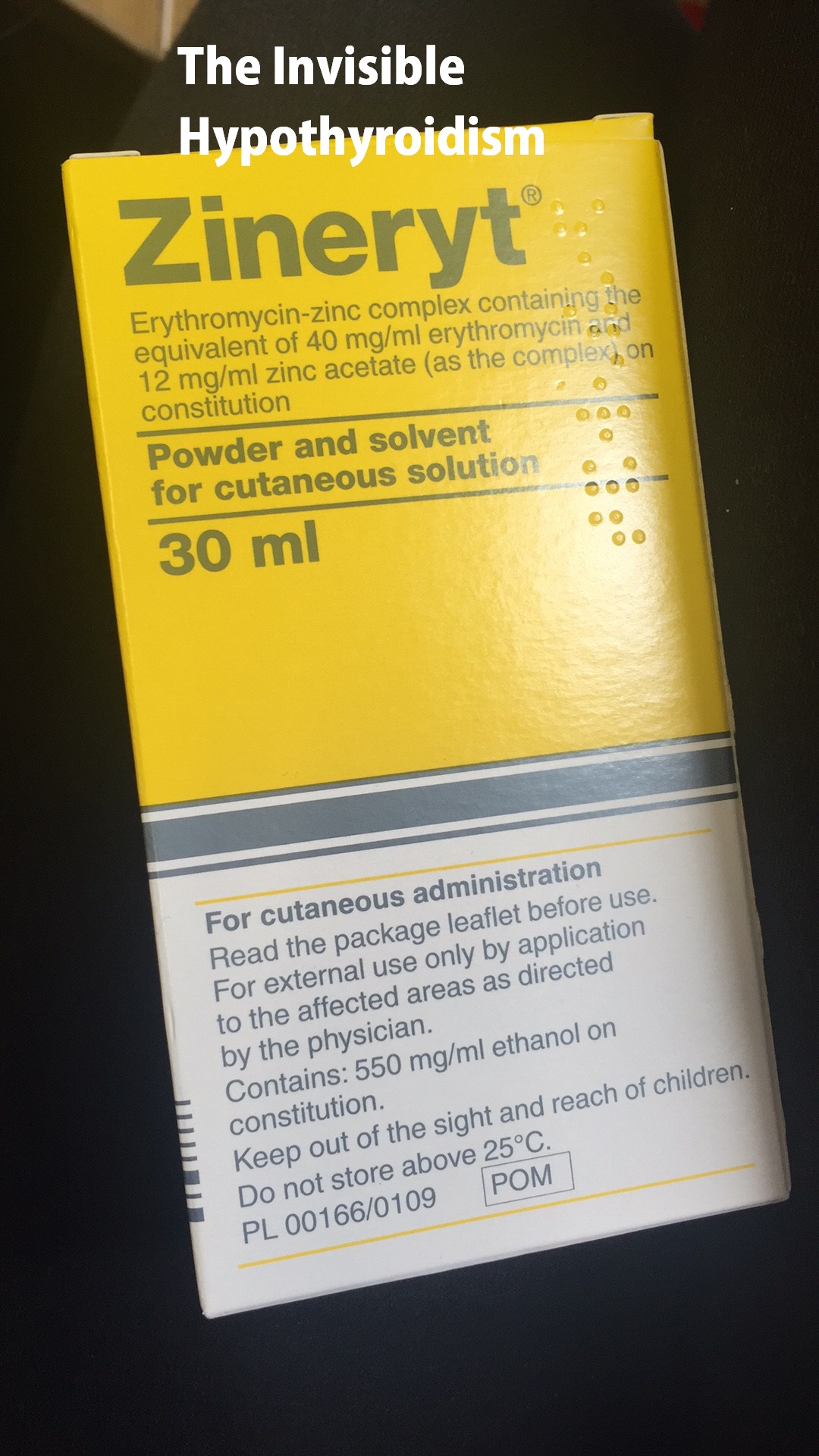 Do you feel frustrated with how conventional medicine doesn’t tackle actual causes, but only the symptoms?

The book Be Your Own Thyroid Advocate: When You’re Sick and Tired of Being Sick and Tired, which builds on this blog and covers how Rachel got her health back on track, and all the ‘thyroid jigsaw pieces’ it took to slot in to place! 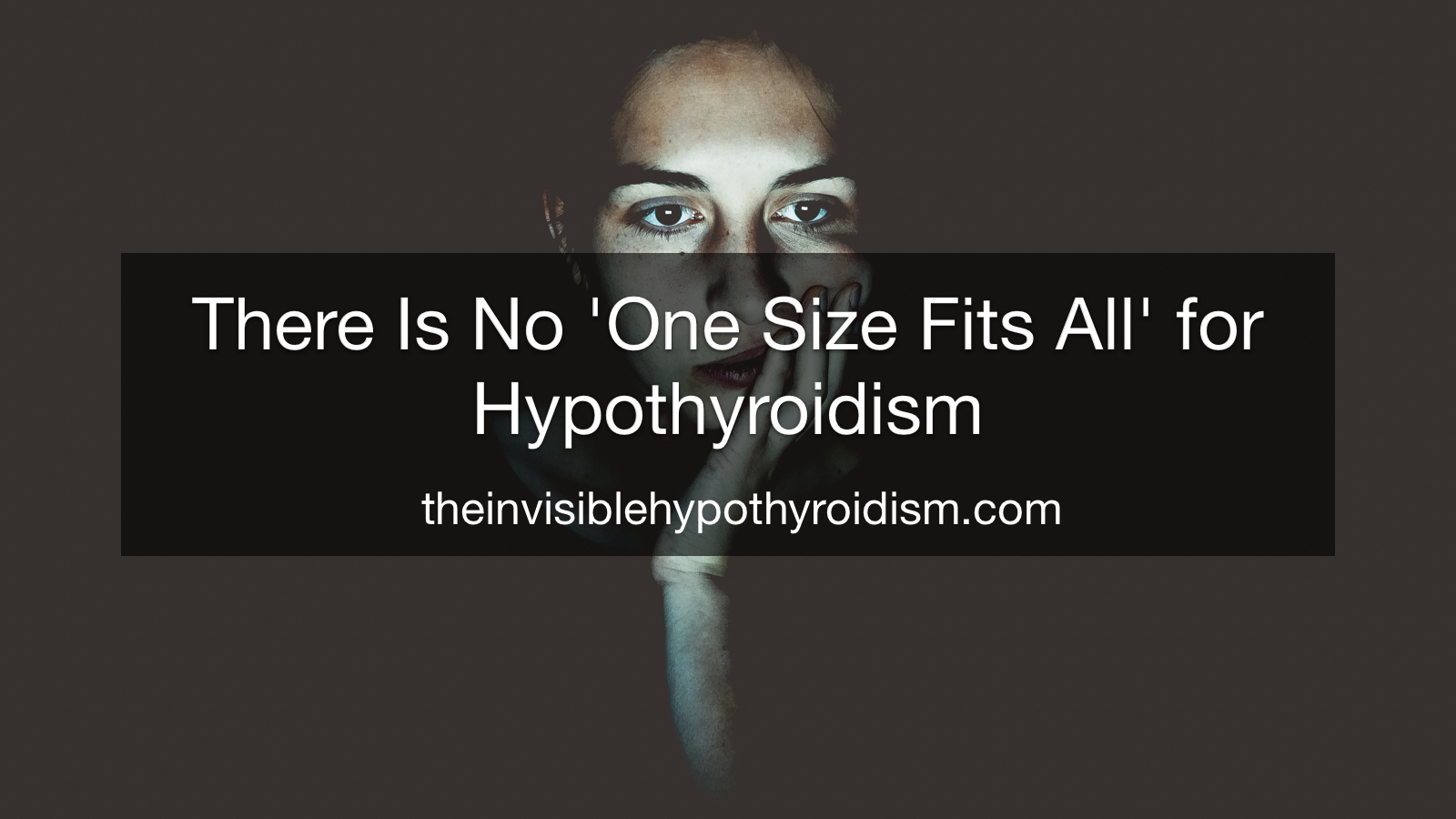 There Is No ‘One Size Fits All’ for Hypothyroidism 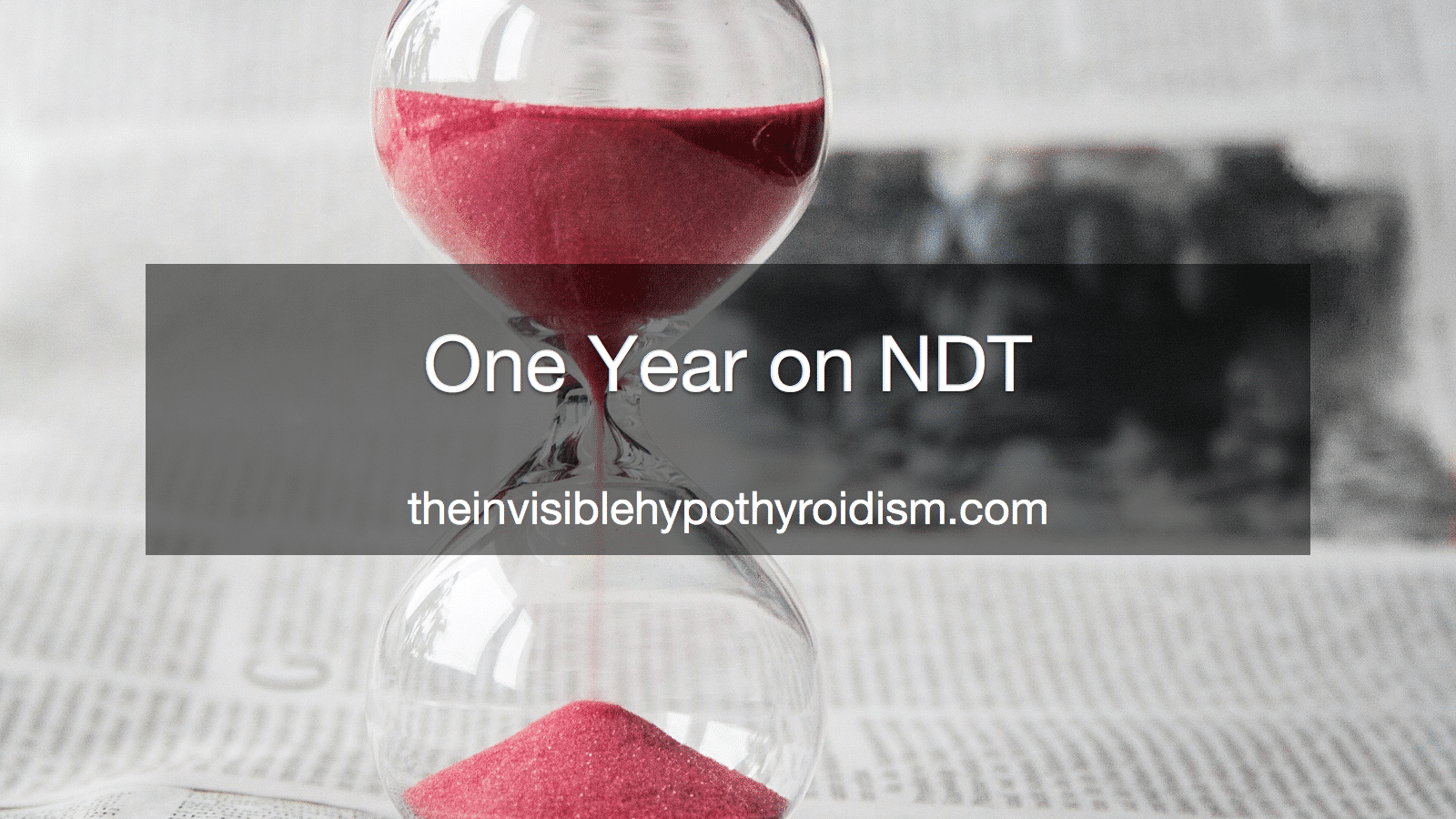 One Year on NDT 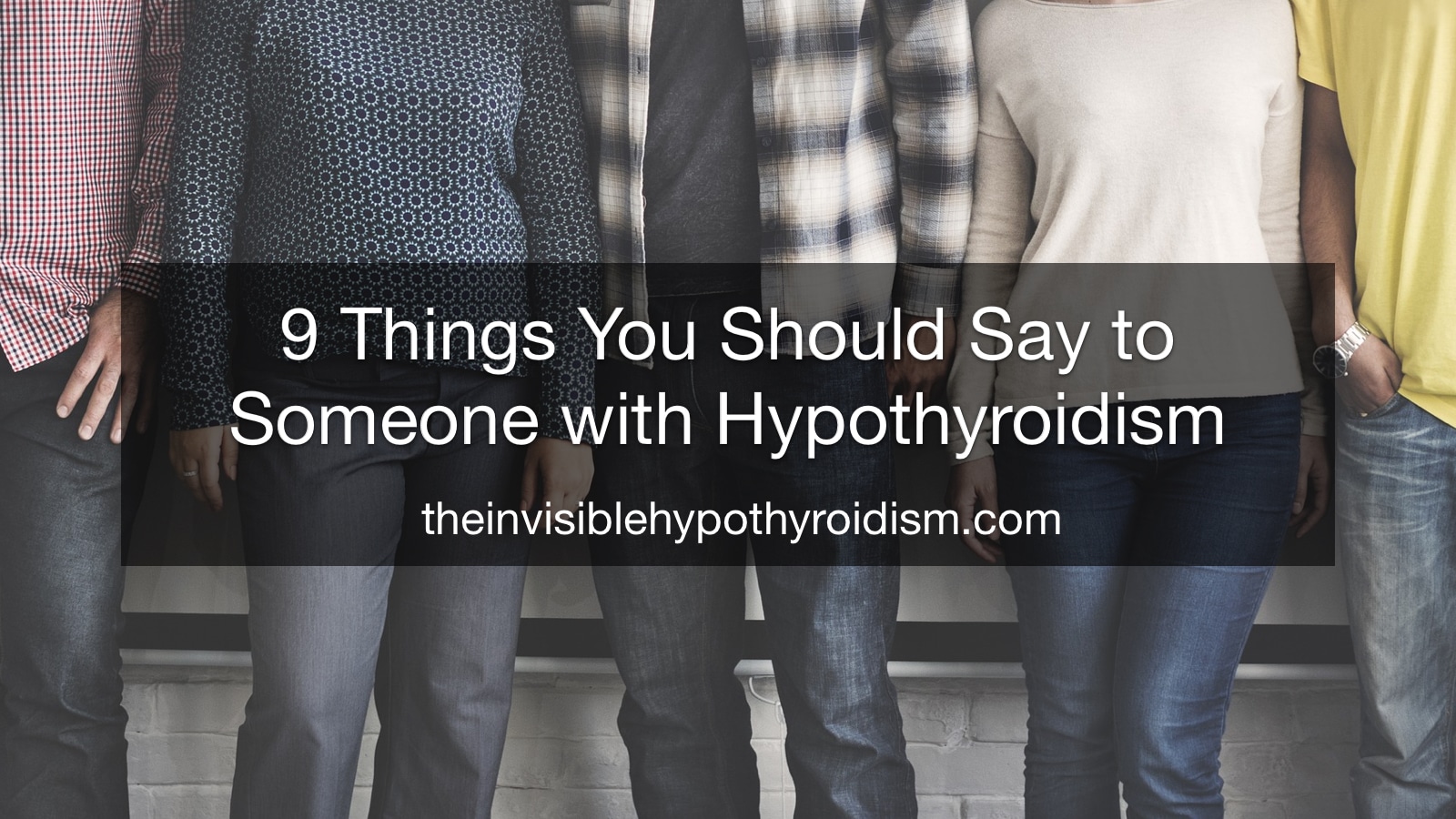 9 Useful Things to Say to Someone with Hypothyroidism