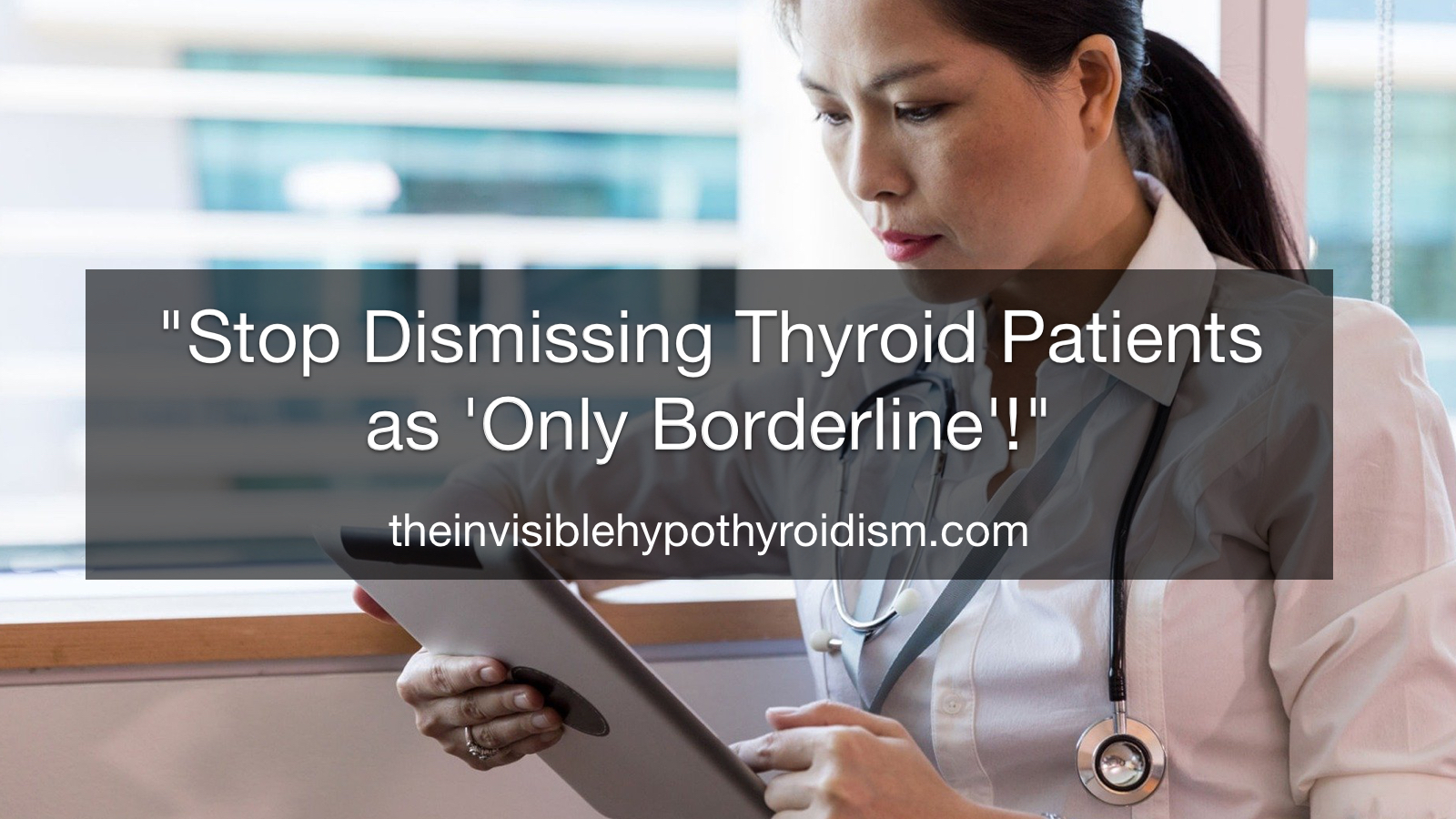 Michelle wanted to share her experience of having her ‘borderline’ hypothyroidism downplayed, dismissed and ignored for many years.

Growing up, I wasn’t one of those kids who stayed behind for the after-school activities because I had to get the bus home as I lived fourteen miles away and my parents paid for it in advance every term. I was also rubbish at all school sports and hated P.E. Therefore, I wasn’t especially active and didn’t consider myself fit at all. Having said that, my energy levels plummeted in my teens, and I was always tired. As I was an insomniac, I chalked it up to the lack of sleep that I was getting. However, eventually, my mum must have decided it was time I saw the doctor about it and they ran some blood tests to see what was going on.

The results came back saying that I had a “borderline underactive” thyroid. I had never heard of such a thing before, and thirteen-year-old me was terrified as the doctor explained the connection to the pituitary gland in the brain and hormone levels for the whole body.

As this sunk in, I couldn’t help but think how serious it sounded. I mean, hormones to run all your systems are fundamental, right?

“OK, so what treatment do I need?” I asked, expecting surgery or something. The doctor’s reply dumbfounded me. She told me that I was too young to start treatment as the drugs they give for it usually have to be taken for the rest of your life. The hope was that it would sort itself out, given time. A.K.A “we’re not going to do anything, but come back in a year.”

Deflated, and feeling like it had been a waste of time as they couldn’t be bothered to help me, I soldiered on. Friends would tell me how tired I looked but I couldn’t ever explain how bad it really was.

I didn’t bother to go back the following year. In fact, I only returned three years later because my GCSE exams were coming up and I really didn’t want to go through them feeling like a zombie. The doctor told me off for leaving it so long, but yet again I was told they wouldn’t put me on any treatment. All that did was affirm my previous conclusion that no one was ever going to help me with it even though my symptoms were getting worse. Regularly, I would suffer with constipation and was bloated every day. Instead of taking a proactive approach, I was just swept under the carpet. Or worse; made to feel that because I didn’t do any after-school activities, it was all my fault.

Accepting that this was going to be it forever, I got on with life and tried not the think about it. One thing youth did give me was the ability to battle through. As I went through my late teens and twenties, I found I could occasionally burn the candle at both ends like my peers. But I couldn’t do it as often as them. However, seeing as I liked to be a saver, it stopped me from spending all my money on nights out. That made it feel more like I was choosing to go out less than others because of a lifestyle choice rather than that I just wasn’t up to it.

Sometimes, I would have brain fog and struggle to concentrate or think properly. There was one day, in my mid-twenties, where I remember sitting at my desk of my new job and I couldn’t remember what I should have been doing that day. I was working as a recruitment consultant and needed to get leads for opportunities to fill roles for businesses, and prep candidates for interviews I had booked for them. But I couldn’t decide where to start, who to talk to, or what I needed to say to them. I was as much use as a chocolate teapot. Usually I was fine, and I didn’t know how to explain why I was drawing a blank so I said nothing. My lack of activity, and blank stares were noticed, and as I was still in my probation period, it nearly cost me my job.

It wasn’t until I had a car accident when I was thirty-two and sustained a serious brain injury, that I finally got some help. Months after being sent home, I had some blood tests which showed I had an underactive thyroid and my doctor prescribed Levothyroxine.

It was incredible to feel like someone was listening to me, and not going to leave me to suffer any more!

A few days later, an OT visited me as I was going to be joining her local support group for brain injury survivors. One of the things she wanted to see if I needed any help with was how to get a prescription prepayment certificate. Still excited that after all these years that I was getting help with my underactive thyroid, I explained that I would be getting a medical exemption certificate because of my hypothyroidism so won’t pay at all. She frowned at me and said “That’s funny, usually it’s only a temporary change to the thyroid and it returns to normal when it’s someone of your age. Are you sure?”  Now, I realise that she was saying this based on her experience of both patients who had recovered their thyroid function, and/or people who due to their brain injury may have misunderstood what the doctor said to them. However, it still may me feel that, yet again, my condition was being downplayed.

All of these could be because of my thyroid and/or my brain injury. But whilst treatment doesn’t make the symptoms vanish, and I will deal with them for the rest of my life, having my condition acknowledged has meant more to me than I can express.

If there’s one thing I want people to take away from my story, it’s this: Just because you think someone is only “borderline”, don’t refuse treatment, talk to the patient about it and let them decide what they want to do. The negatives might outweigh the positives, but let them understand that and be a part of the decision. It’s called a consultation for a reason. 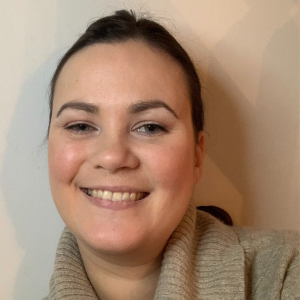 Michelle Munt sustained a serious brain injury in a car accident in December 2014. The journey to recovery has been a challenge and as a result, she had to give up her career in recruitment.

However, her confidence has grown and now she is able to run her own business as a coach, supporting others. She maintains a blog documenting her various struggles and offering advice to other brain injury survivors at www.jumbledbrain.com/blog/

You can also find her on social media:

Have you experienced something similar? Feel free to share in the comments section and connect with others. 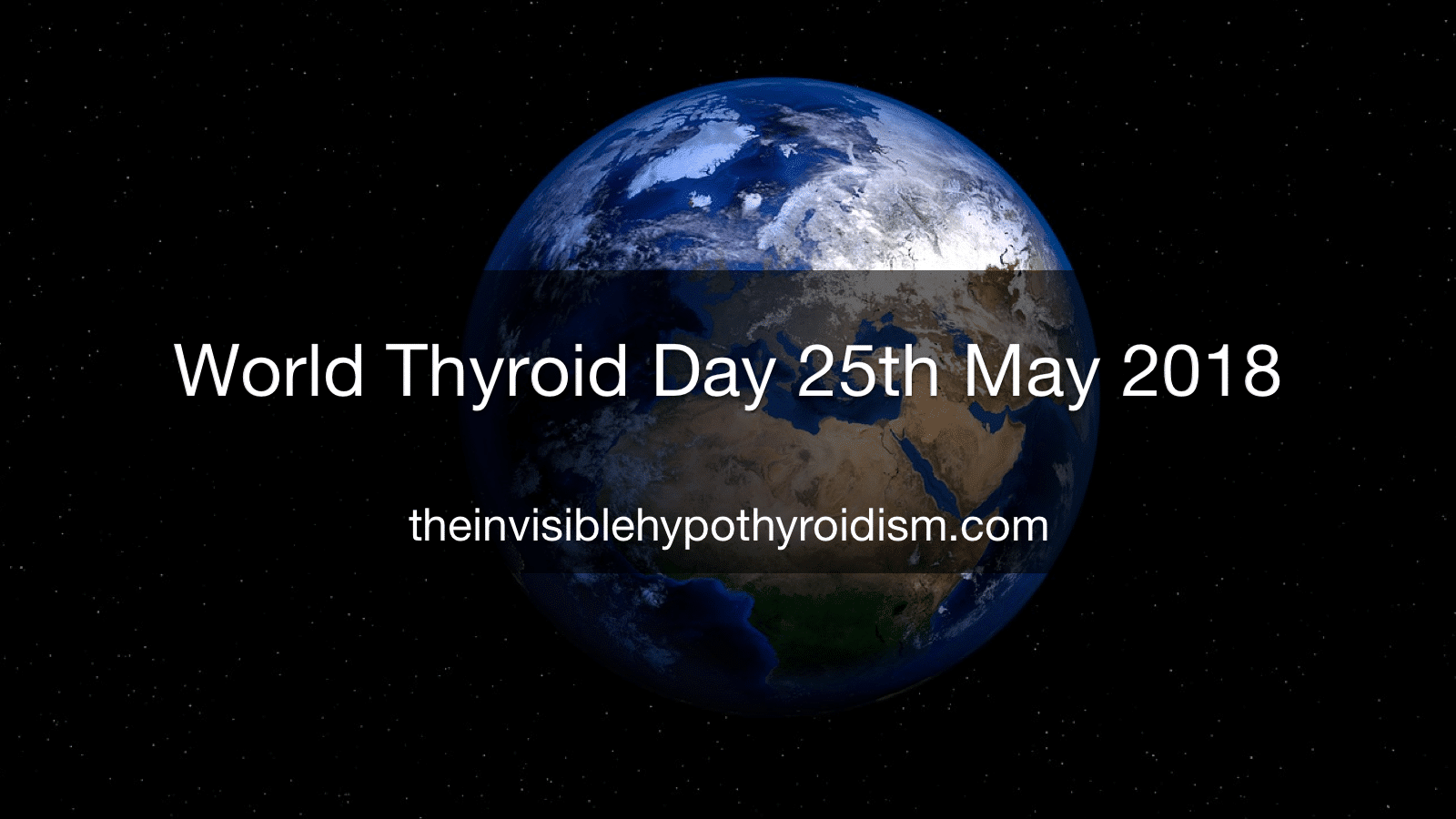 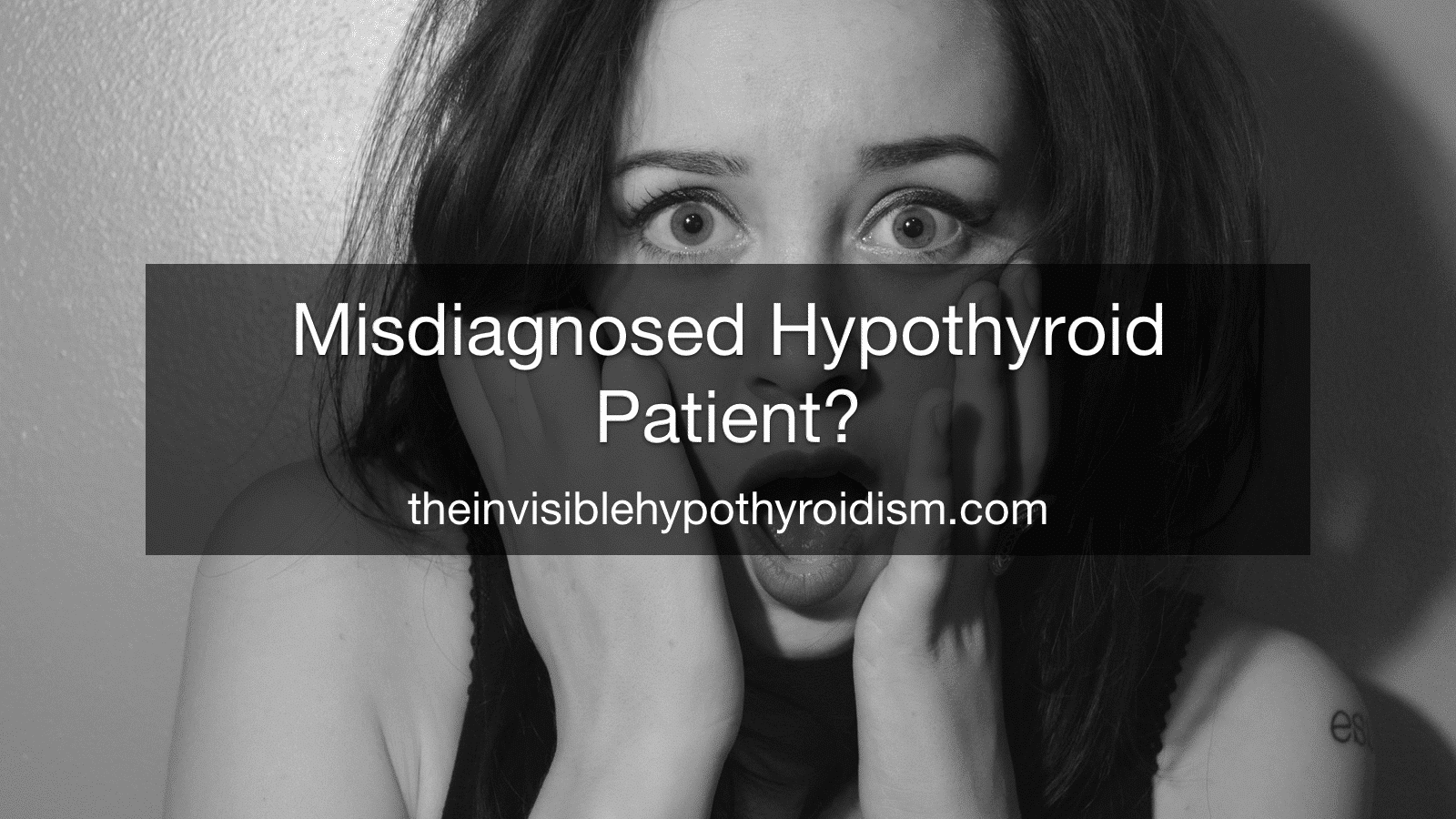 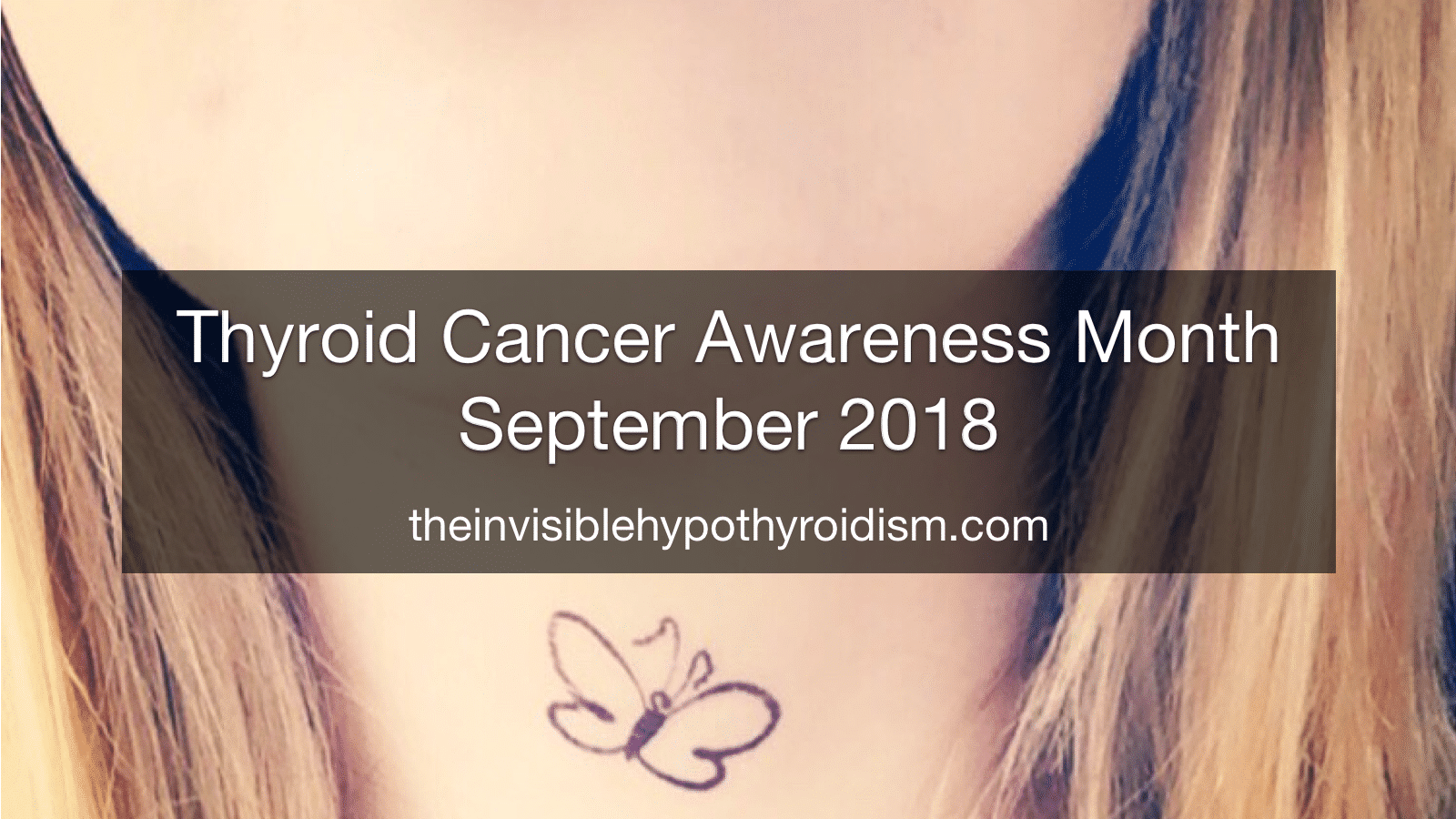 When Thyroid Medication Doesn't Fix Everything

There Is No 'One Size Fits All' for Hypothyroidism