My 10 Most Surprising Thyroid Symptoms 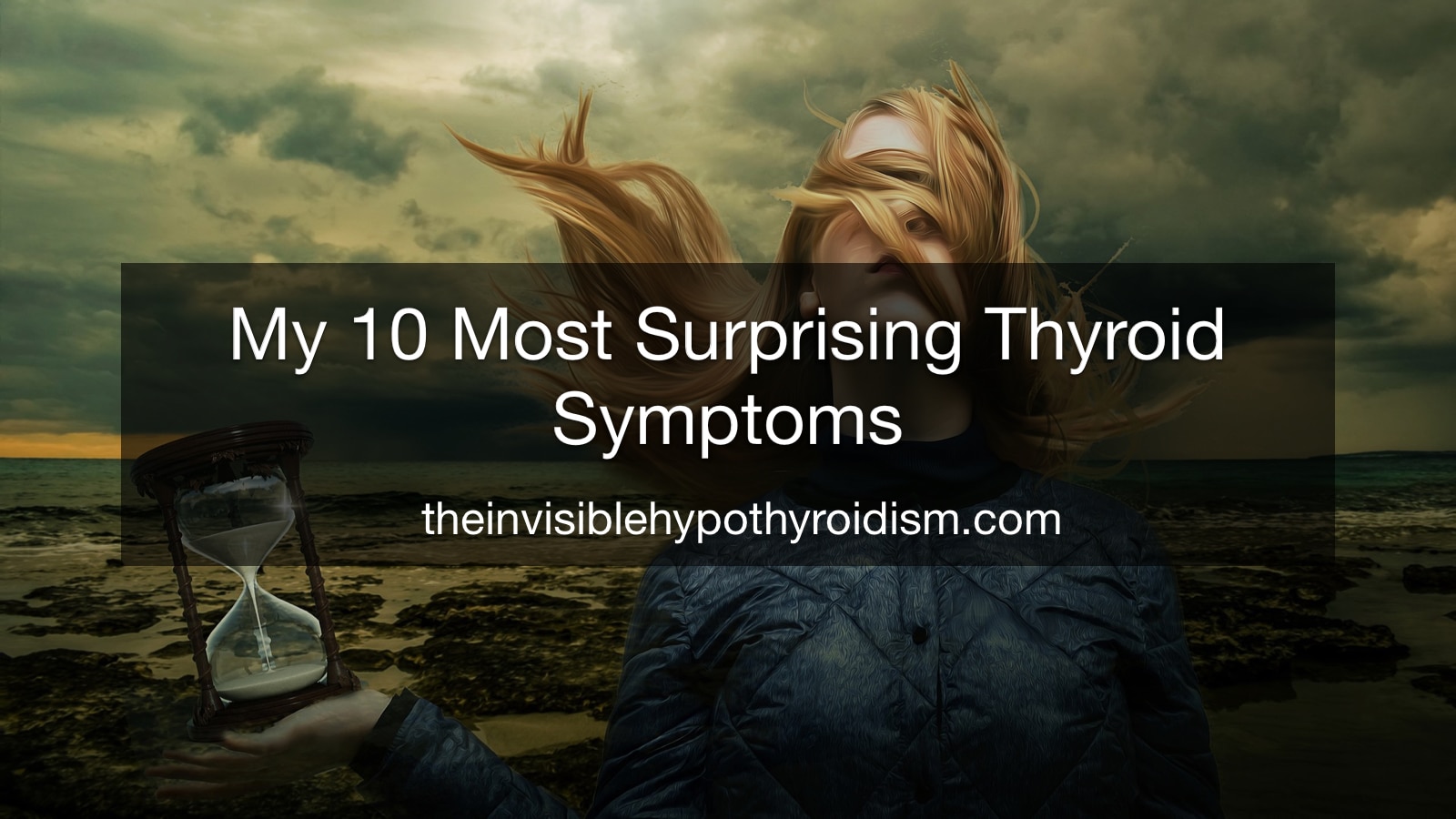 Adequate thyroid hormone is required by every cell and every function in the body. Without it, a lot of issues and symptoms can manifest to let us know that something is wrong. Before I was diagnosed with hypothyroidism and Hashimoto’s thyroiditis, I had a long list of mounting symptoms and complaints.

When I was eventually diagnosed with autoimmune hypothyroidism and before they were under control and well-managed, I was very surprised to learn that the below symptoms were a result of my thyroid condition.

Related Article: 14 Missed Signs of My Thyroid Condition Before I Was Diagnosed 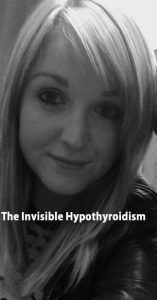 Looking back at photos before I was properly treated for hypothyroidism, my face looks quite different. Shape and definition had been lost to a certain extent as puffiness took over.

My eyes were sunken in and heavy and I looked very obviously unwell. Dark bags under my eyes and an overall change in my face shape looks really obvious when I look back at photos now.

When on the T4 medication Levothyroxine, the puffiness unfortunately only worsened. Once I switched to a natural desiccated thyroid medication, it disappeared completely within weeks, so I clearly needed that T3 in this type of medication.

Low thyroid levels can lead to low body temperature, which can then cause fluid retention or bloating, in the form of facial puffiness.

There were several times before being diagnosed and before being optimally medicated, that I wondered if I was going crazy.

Brain fog is described as feelings of mental confusion or lack of mental clarity. The phrase comes from the feeling of a fog that reduces your ability to think clearly. It can feel like a mental block and can cause a person to become forgetful, detached and discouraged and even depressed as a knock on, or secondary, effect.

I’ve heard from many thyroid patients who even wonder if they have early onset dementia, before being diagnosed. How scary is that?

At my worst point, I could get to midday and completely forget everything I had done up to that point, finding it impossible to recall the last few hours.

Heavy fatigue and aches and pains are common and somewhat obvious symptoms of hypothyroidism, but poor stamina and long recovery periods may not seem common to all.

I developed a major intolerance to exercise and on the odd day where I could exercise, be it walking home from work, walking a friend’s dog or even just doing housework, I soon realised that my body took much longer than it used to to recover. It became easy to do too much physical activity.

Even holding a friend’s baby for ten minutes would result in my arm aching for days afterwards!

Getting my Free T3 levels optimised, as well as addressing adrenal dysfunction in the form of high cortisol, resolved this symptom.

I didn’t realise that others experienced this symptom until a short time ago.

When I was at my most unwell with thyroid disease, I would wake in the morning to sore soles of my feet and had to tiptoe to the bathroom when I first got up. Usually resolving within ten minutes or so of being awake, this symptom was particularly peculiar.

I still experience this one now if I go through a flare up of my thyroid condition.

Getting my Hashimoto’s in to remission made this symptom disappear, and I haven’t had it since.

How on earth can a gland in your neck cause issues with your digestion?!

Acid reflux is another very common complaint, but many people, like myself, are surprised to learn about the connection between hypothyroidism and this annoying issue.

So, these mask the symptoms and problem, which just tends to make things worse. When I optimised my thyroid medication, the acid reflux resolved.

Depression with hypothyroidism is quite well recognised due to bodily processes slowing down and the effects that this can have on mental health. However, the worsening of my anxiety disorder was surprising.

When you have Hashimoto’s, the thyroid gland is attacked and destroyed, leading to thyroid hormone being released into the bloodstream in waves. If you feel as if you swing between depression and anxiety, this could be a possible cause.

I distinctly remember walking to work in December and stripping off layers as I was dripping in sweat. My coat, gloves, scarf and cardigan all came off until I was bare armed and looking somewhat crazy on a frosty December morning!

This was six months in to being on levothyroxine, before I switched thyroid medication to NDT, where it resolved. Heat intolerance and hot flashes are very often reported among thyroid patients.

Unlike many of the other symptoms on this list, the intensely itchy scalp which inevitably led to being very sore, actually appeared after my switch to natural desiccated thyroid (NDT) medication.

Before I was on the correct dose, this change in medication (perhaps the introduction of T3) made me scratch my head constantly. It soon settled down after some adjustments in dosage and a focus on my gut health was implemented.

Excruciatingly painful cramping in my calves for years were one of the many signs of an impending thyroid condition.

I would wake up in the middle of the night to one of my calves seizing up and cramping stiffly, which affected my ability to keep up with my running schedule, as the pain would last for a couple of weeks. I only stopped having them once I was put on thyroid medication.

Hypothyroidism is a hormonal disorder, so it’s not hugely surprising that it can contribute to other hormonal imbalances. However, my experiences with cystic acne as an adult didn’t present themselves until I had been on NDT medication for close to six months.

With the help of my functional medicine practitioner, I was able to trace the acne back to coming off the combined contraceptive pill.

I came off of it in December 2015, after reading about how it can worsen hypothyroidism and Hashimoto’s, and by May 2016, my skin had broken out in so much cystic acne that I looked like a teenager again!

It turns out that I had had a sex hormone imbalance in the form of oestrogen dominance before going on the pill at sixteen-years-old. The birth control pill masked it and then coming off the pill brought it back out again.

It ties in to hypothyroidism and Hashimoto’s since any hormone that is part of the endocrine system has the ability to impact other hormones. Oestrogen dominance and hypothyroidism often go hand-in-hand.

Once I was feeling very well and optimally treated for my thyroid condition, this was once again, a symptom that improved hugely.

What were some of your most surprising thyroid symptoms, looking back?

The book Be Your Own Thyroid Advocate: When You’re Sick and Tired of Being Sick and Tired, which builds on this article and covers how Rachel turned her health and life around with a thyroid condition. 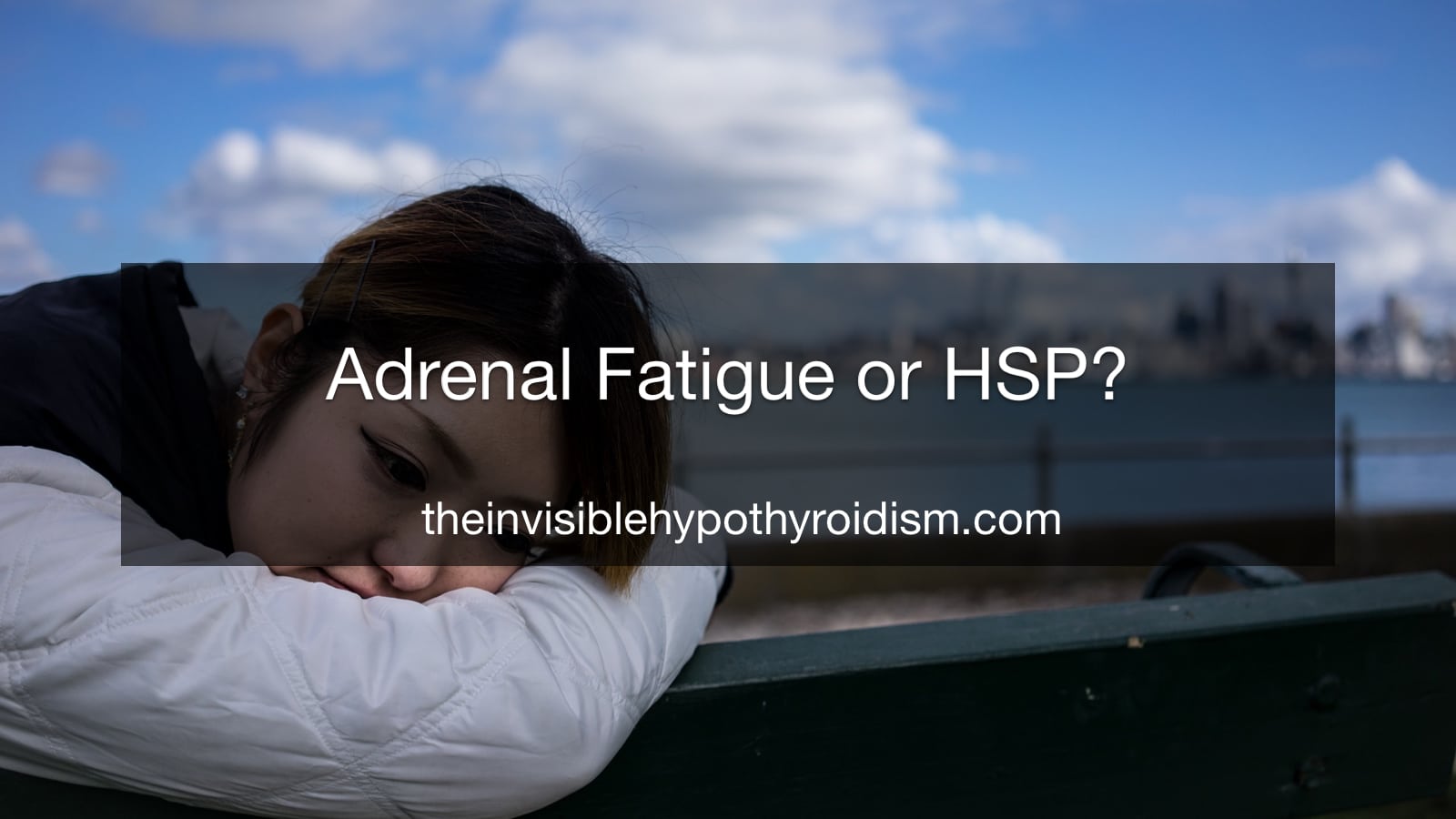 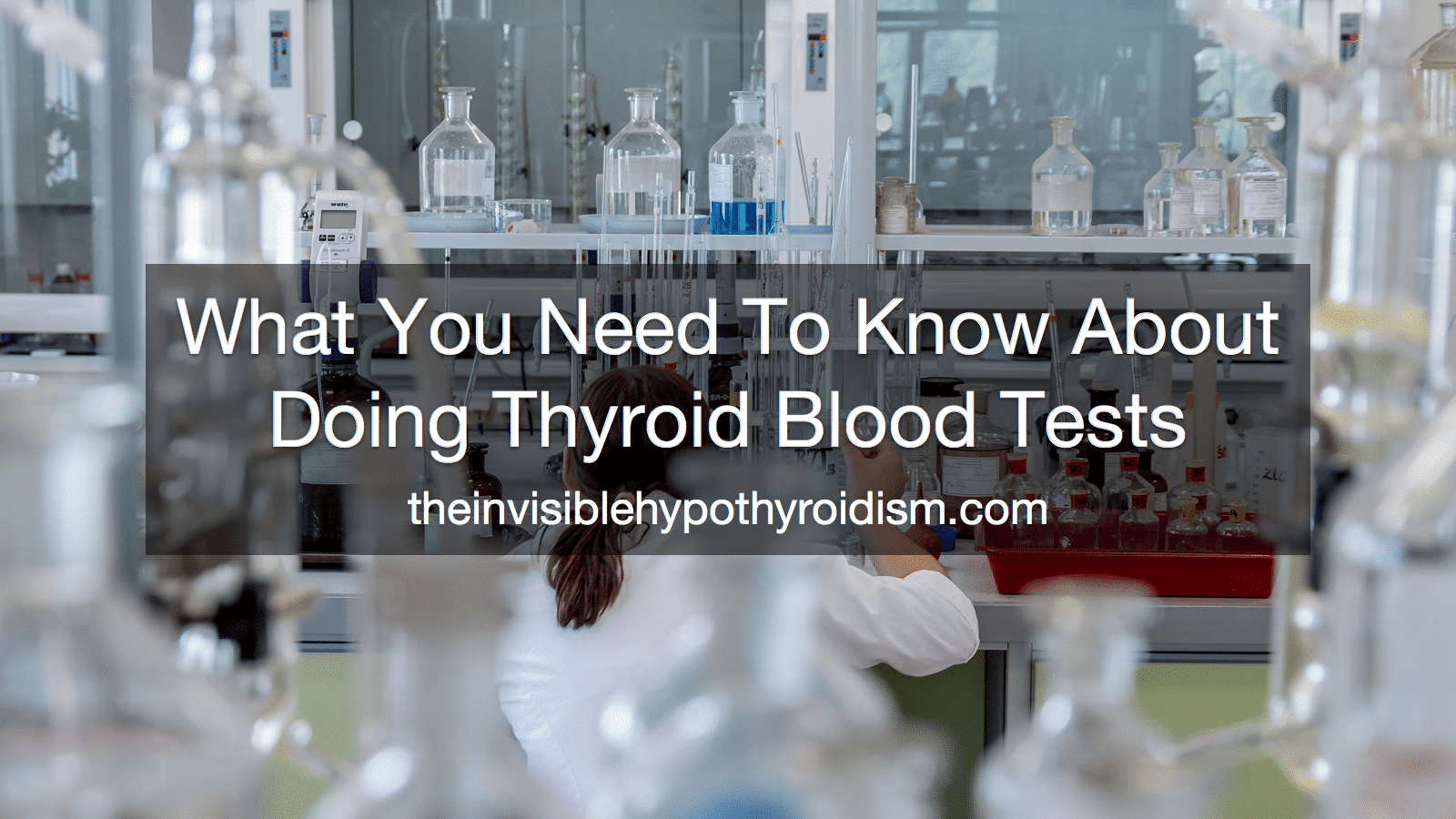 What You Need To Know About Doing Thyroid Blood Tests 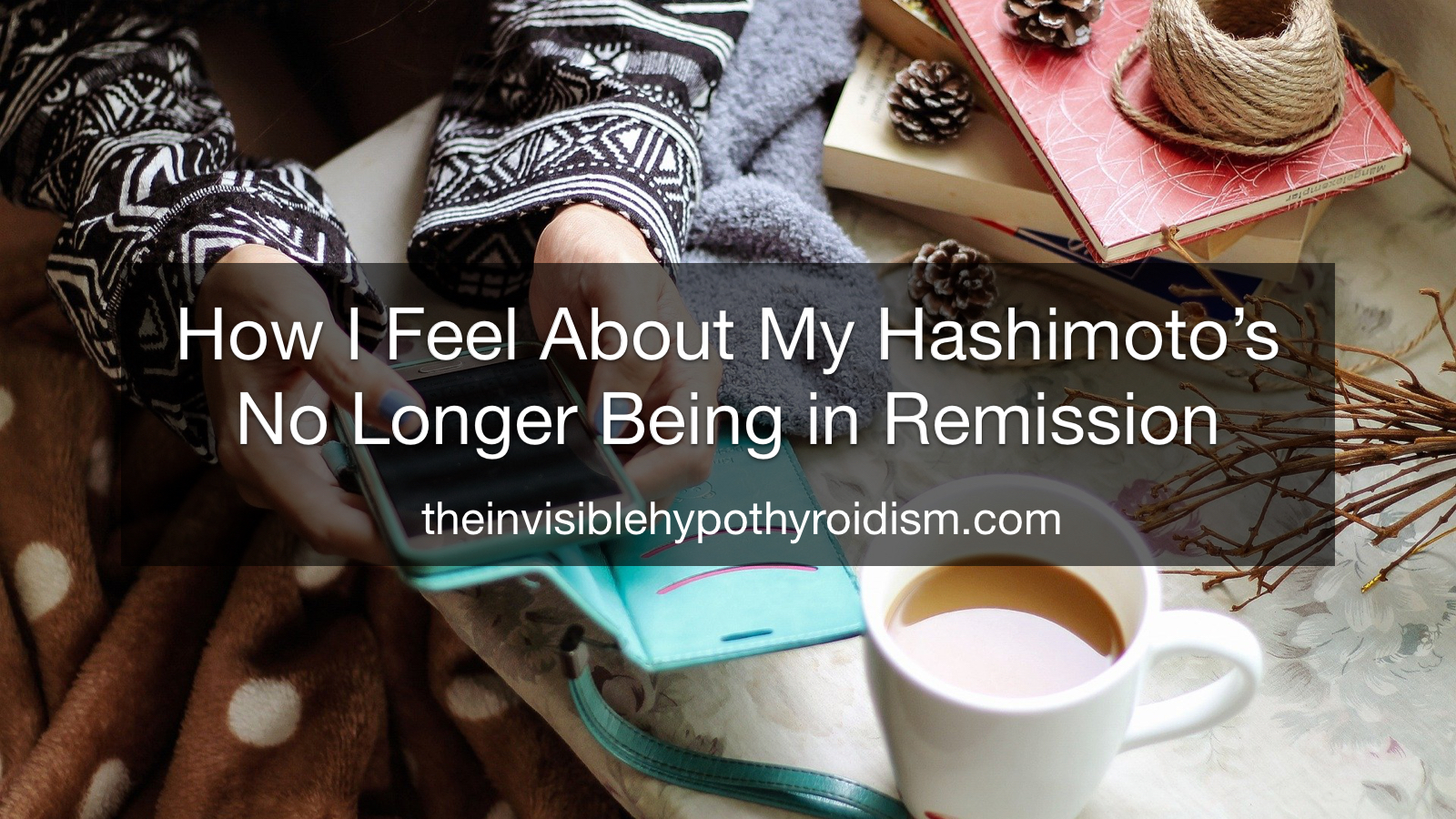 We Need To Speak About Thyroid Disease More

A Letter to You: The Girl Fighting a Chronic Illness