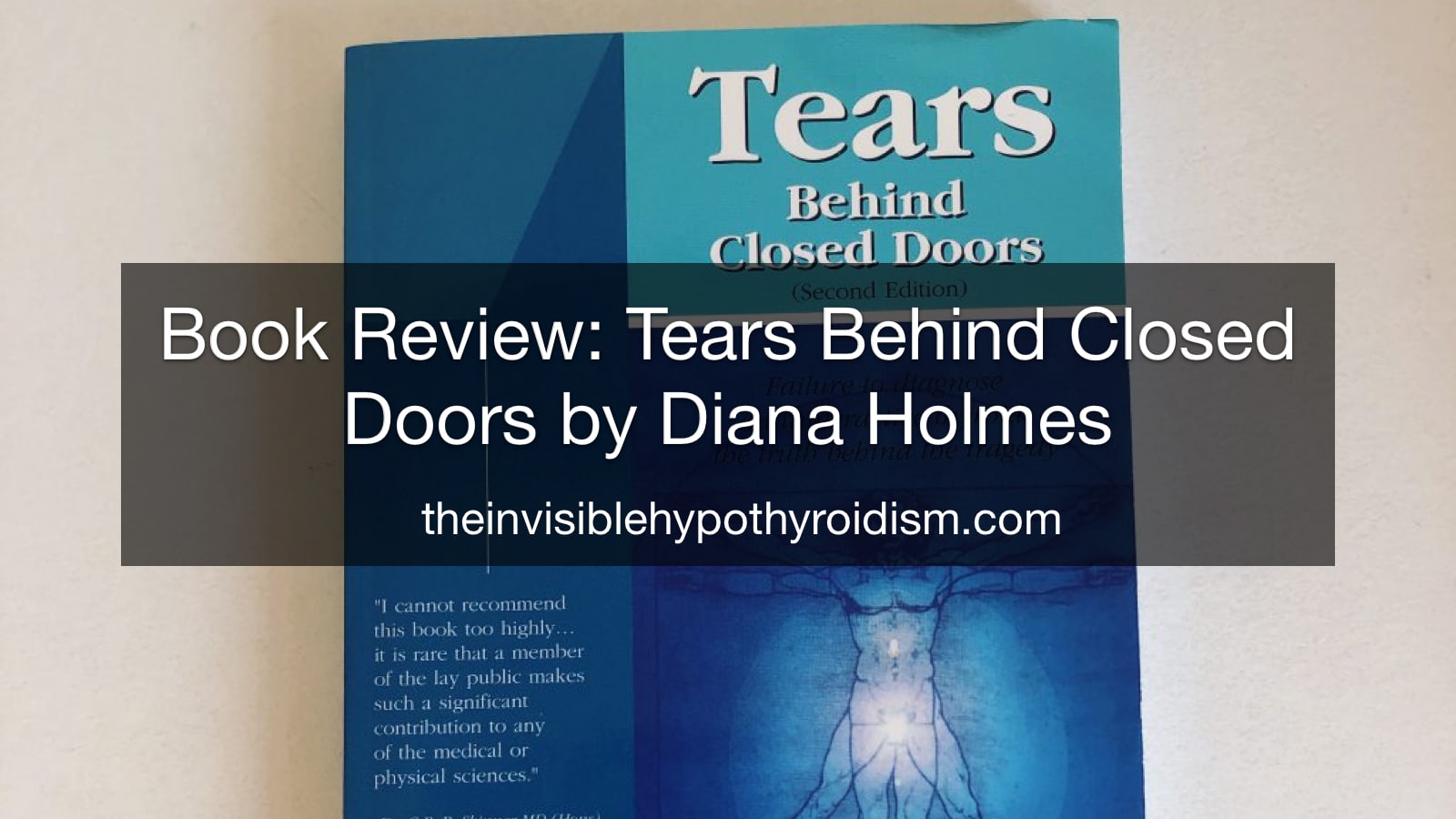 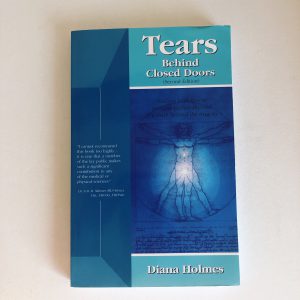 I have been aware of this book, Tears Behind Closed Doors.. Failure to diagnose an underactive thyroid: the truth behind the tragedy, since my diagnosis of hypothyroidism over four years ago now. Admittedly, it has taken me a while to get around to purchasing and reading it, but one quick look online and you’ll see why it’s so popular.

Author Diana Holmes is a thyroid patient advocate (much like myself) in the UK. After years of being undiagnosed and misdiagnosed of a thyroid condition, she has worked tirelessly to help many others who are suffering needlessly.

I may reference back to this book and what I’ve learnt from it throughout my blog posts.

Tears Behind Closed Doors is told through the eyes of Diana’s own personal story of going decades without her hypothyroidism being diagnosed and treated. As a result, her marriages suffered (and even ended in divorce), she became so unwell that she could not work and ultimately required disability benefits, even needing a mobility scooter to get around. Much of her story will seem familiar and relatable to readers, as she describes her many thyroid symptoms and how she woke up as tired as when she went to bed. She includes a ‘symptoms’ chapter, including how they presented in her, which will be reassuring to many others with hypothyroidism.

Diana’s story is as heartbreaking as it is unsurprising (if you’re already aware of the shocking treatment – or lack thereof – that many thyroid patients face in the UK). Written twenty years ago now, this book hasn’t dated at all, but perhaps more shockingly, demonstrates that much really hasn’t changed in the last two decades when it comes to so many thyroid patients not being treated adequately. Diana questions why so many doctors are so rude and dismissive to those of us with thyroid conditions.

Diana makes a contribution to medical sciences with her demonstrated research throughout the book and she has also written to many people and organisations (and includes copies of these letters) such as WHO, Public Health, Department of Health and more.

The book is easy to read in the sense that it isn’t heavy in jargon, although the format and layout isn’t as clean or concise as other books. Diana’s main points are that she would like doctors to start using thyroid test results as part of a diagnosis in conjunction with symptoms and history. She demonstrates effectively, how going by test results alone (and often ones that use large, outdated ranges) leave so many people in a bad state.

Diane ran a helpline in the 1990’s, where she received roughly six thousand calls in three and a half years. She gave information packs to callers, which they could take to their doctor in order to help them obtain better treatment. Diana is a well-respected thyroid patient advocate and many know of her and her work.

She agrees on my own thoughts regarding each individual person having their own ‘optimal place’ within range and that this should be discovered, instead of doctors applying a one-size-fits-all approach. Diana also feels that, like two doctors she mentions frequently and has worked with (Dr. Durrant-Peatfield and Dr. Skinner), a large amount of CFS/ME patients are going undiagnosed of hypothyroidism. The book covers the history of issues with testing for thyroid disease which has been well-researched.

Chapter six is written from her husband’s and friend’s point of view, which does repeat some of the content she says earlier on in the book, but offers something many other thyroid books do not. She features the stories and experiences of other people who were either undiagnosed as hypothyroid, or on medication but not adequately treated. Many of these are heartbreaking, but give the book its essence. It does a brilliant job of reiterating just how damaging thyroid disease can be on an individual’s life. Each time I put the book down in between reads, I was thinking over what I had just read and felt genuine frustration and upset about those who are needlessly suffering.

She does touch on some of the other areas for discussion, such as oestrogen dominance and fluoride toxicity, as well as including some poems at the end of the book which was a nice touch. Diana found Christianity during her health battles and nods to this can be seen throughout.

Overall, I found Tears Behind Closed Doors to be an emotional, compelling and thought-provoking read. Every thyroid patient should probably read this book so they can form a good basis of understanding what is and isn’t normal when you have hypothyroidism and what you can do about it.

You can get a copy of this book from Amazon on the link below and also check out the other books that may be helpful to you in my bookstore, here.

Have you read this book? What did you think? 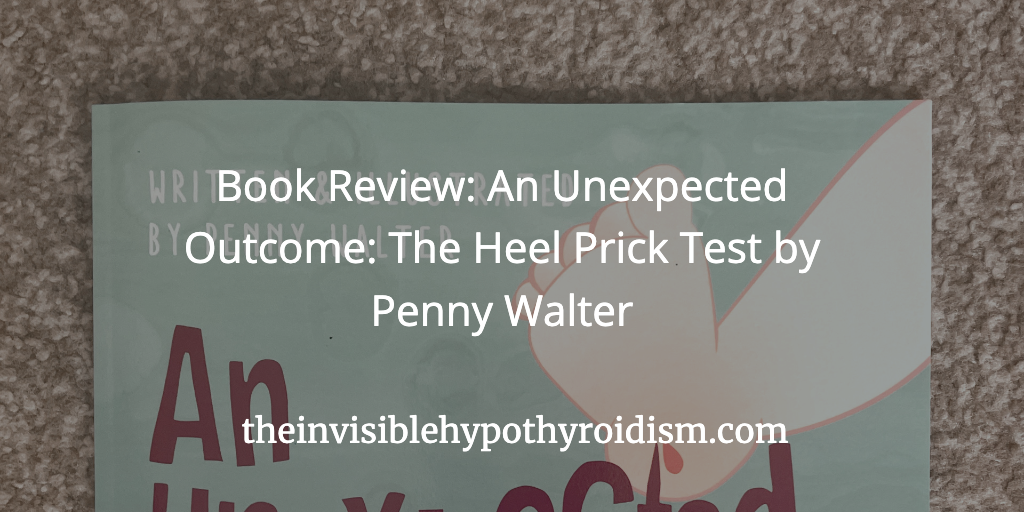 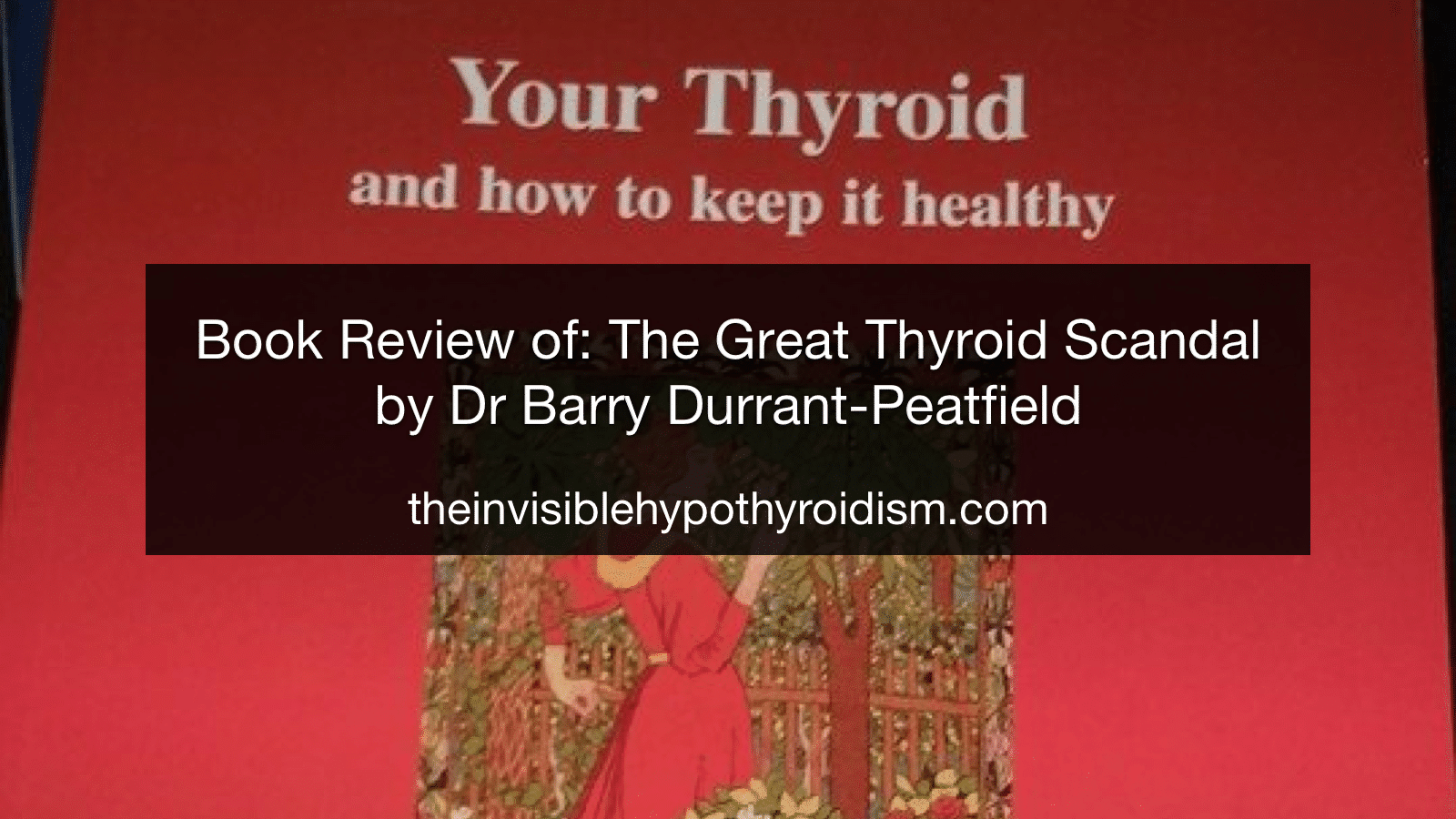 Book Review of: Your Thyroid and how to keep it healthy.. The Great Thyroid Scandal and How to Survive it by Dr Barry Durrant-Peatfield 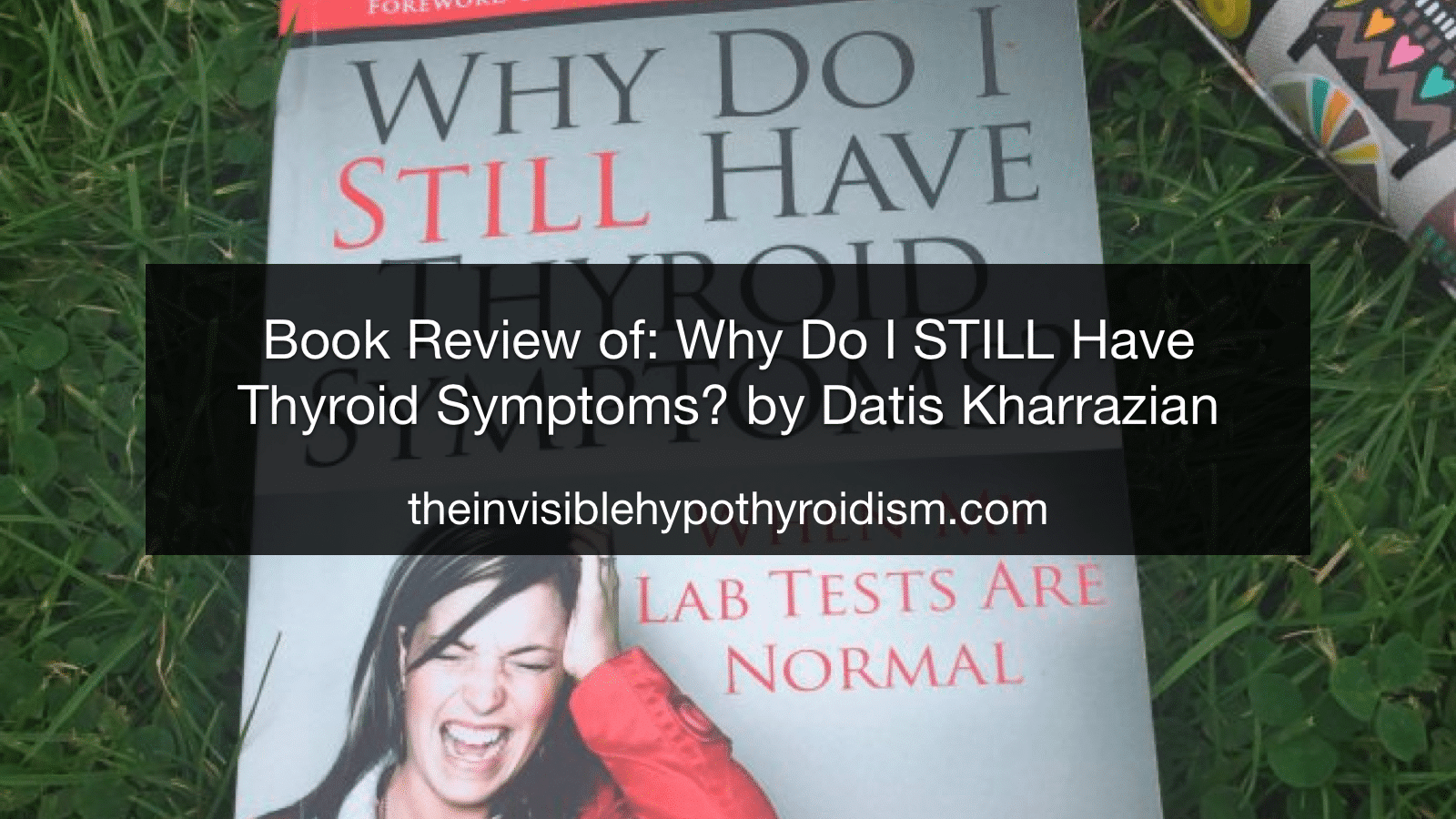 Book Review of: Why Do I STILL Have Thyroid Symptoms? When My Lab Tests Are Normal.. by Datis Kharrazian, DHSc, DC, MS

Signs of Ageing or Hypothyroidism?