A lot of thyroid advocates promote finding out what caused your underactive thyroid or Hypothyroidism to occur i.e. what triggered our Hashimoto’s (if it’s autoimmune), in order to set it in to remission and recover.

Now, I’m convinced that my hypothyroidism is too far gone to completely reverse and come off of thyroid medication, plus, I think it’s more positive to focus on the present and future, and not dwell on the past. However, it’s still interesting and helpful to try and figure out what lead to my development of hypothyroidism, so that I know better for the future, can advise others and learn by my mistakes.

And understanding how my Hashimoto’s was triggered has been helpful in me also getting it in to remission.

Related Article: 14 Missed Signs of My Thyroid Condition Before I Was Diagnosed

I  know now that I always had the ‘gene’ or disposition to develop Hashimoto’s Thyroiditis. My mum, looking back, showed many of the typical undiagnosed hypothyroid signs and symptoms, so I’m sure she had it.

My GP has also told me that for a woman, she has a one in three chance of passing it on to a daughter. My mum has three daughters, and as far as I know, I’m the only one who is hypothyroid (and has Hashimoto’s). So the numbers add up here.

With that in mind, Hashimoto’s is described by many as being ‘triggered’. What triggered mine?

What Triggered My Hashimoto’s?

It began at sixteen, when I caught swine flu.

Remember when everyone was in panic about swine flu and especially here in the UK, they were putting people with it in to quarantine?

Well, I didn’t end up in quarantine but I did have swine flu! It was pretty bad.

Once I’d gotten over the virus, I was left with this aching in my legs which would come and go, but without explanation. It confused me because months, even a year, had passed and I was still getting these random aches and pains in my calves. It didn’t just happen when I walked a lot or was very busy the day before; there was no pattern. No one had an answer for me, not even the doctors. So I just put it down to a ‘lasting effect’ of having had swine flu. Some kind of permanent damage it had done to my legs that no one was too bothered about.

At seventeen, I experienced a lot. I went through a very stressful and rather traumatic year involving my home life, which left me with anxiety disorder and suicidal depression. I didn’t cope well with the situation at all and it really did a lot of damage to me emotionally and mentally. I was put on antidepressants for being suicidal, but the situation I was in didn’t get any better, so they didn’t do much.

I believe this stress and antidepressants to have weakened my immune system (some adrenal stress here), enabling me to catch another very odd strain of flu (or at least that’s how the doctors at the hospital described it), at just seventeen years old also.

After a week at home of no sleep, being dehydrated, constant vomiting and hallucinations, I was took in to hospital.

Initially, A&E doctors told me to stop being over dramatic and wanted to send me home, but I begged to be seen. I was taken on to a ward, but doctors ran many tests and couldn’t determine what I had. They also told me that the aches and pains in my legs, left from the swine flu, was a mystery. They had no clue why I still had them.

I was put on several courses of antibiotics for my ‘very odd strain of flu’, which did nothing but mess up my gut health. Every day they came up with another diagnosis; glandular fever, yellow fever (even though I’d never been outside of the UK ever in my life!), Norovirus.. . they couldn’t make up their minds, especially as when they then tested, each test showed I didn’t have their latest guess and I wasn’t responding to any medication at all.  They couldn’t even get my fever to come down.

And so, I developed Pneumonia.

I remember the night it hit perfectly. My partner had just left after visiting me and saying that I seemed to be getting better from this ‘mystery flu’, so we assumed I’d be able to leave the hospital soon. He’d been gone half an hour and I got out of bed to go to the toilet.

Upon trying to walk back from the toilet, I struggled. I really struggled. I couldn’t breathe and I literally dragged myself back to the bed, where I pressed the button for a nurse. I was told to stop being over dramatic (again!) and left alone all night, thinking I was dying. I was barely conscious, struggling to breathe and unable to move an inch. It was terrifying.

By the morning they realised I really was bad, as I couldn’t breathe properly on my own, and I was rushed to intensive care, put on drips, life support equipment, breathing support and told I had pneumonia. I spent a while in there. I honestly don’t remember much at all, but I did spend my eighteenth birthday in there, unfortunately.

I came home after a few weeks in hospital in total, and it took me a while to get back to full strength.

I had physio-type sessions to teach me how to walk properly again, and to build up my muscle strength and stamina. It was hell.

Just as I was feeling better, physically, now eighteen years old, my hair started falling out, and about 80% was gone by the time I was diagnosed with anaemia and put on iron tablets.

I was also told I had a condition called telium effluvium, which basically occurred due to the severe illness I was going through at the time causing a drastic shock to the growing follicles, so much so that they went into a resting state, resulting in an increase in hair shedding and thinning of hair on the scalp. After a few months of being on iron tablets, my hair started to grow back, but I was forever sickly and catching anything going round.

It became a joke that I was always unwell. I came off the antidepressants at this time as the negative situation with my family was removed from my life so I was able to cope better mentally and emotionally. All of these things: the two bouts of flu, mental health difficulties and extreme stress, pneumonia and anaemia, all happened within a year or two. It was a huge toll on my body.

However,  going from eighteen to nineteen, my anxiety disorder remained, interfering with certain jobs, until I settled in to one. It would flare up now and then, I suspect my adrenals were constantly being battered by this on-going stress of abnormal anxiety, which we know can trigger hypothyroidism and Hashimoto’s.

I was also put on the contraceptive pill at sixteen years old, for abnormally heavy periods, which I read in Dr Kharrazian’s book can lead to hypothyroidism due to excessive oestrogen. Since finding out I have oestrogen dominance, I do wonder how long I’ve had this for and if it’s in anyway contributed to my development of hypothyroidism.

Hypothyroidism and Hashimoto’s Ramping Up

From nineteen years old on wards, even though I didn’t have any further stays in hospital or flu experiences, my ‘random’ symptoms carried on to grow, with recurring depressive bouts, anxiety, aches, pains, migraines, fatigue, acid reflux, dipping iron levels etc. right up until I was twenty-one, when I was eventually diagnosed with hypothyroidism.

I hadn’t been tested for it before, so I have no idea how long I’d ‘technically’ been hypothyroid for, but the symptoms had started at sixteen with those achy legs and I was eventually found to have it five years later.

From all of this, I can see that adrenal stress (from the emotional, physical and mental stress experienced), courses of antibiotics (causing leaky gut and leading to candida), the swine flu, other flu and pneumonia, the contraceptive pill, antidepressants, anaemia etc. that I experienced, have likely all culminated to trigger my Hashimoto’s and thus, hypothyroidism.

Having the gene ready to be triggered, and hammering these multiple triggers in such a short space of time (just a few years), was bound to do something. I have also had a scalloped tongue since being a teenager, which I know can also be a sign of hypothyroidism.

So I’m sure it began around my teen years. I’m sure it was a matter of time, and whereas my mum appeared to trigger it in her late thirties after having her last child, I’ve developed it much earlier in life.

Read about how I got my Hashimoto’s in to remission here.

Do you know what caused your thyroid condition?

The book Be Your Own Thyroid Advocate: When You’re Sick and Tired of Being Sick and Tired, which builds on this post and covers how Rachel’s thyroid condition was triggered, eventually diagnosed and how she got her life and health back on track. 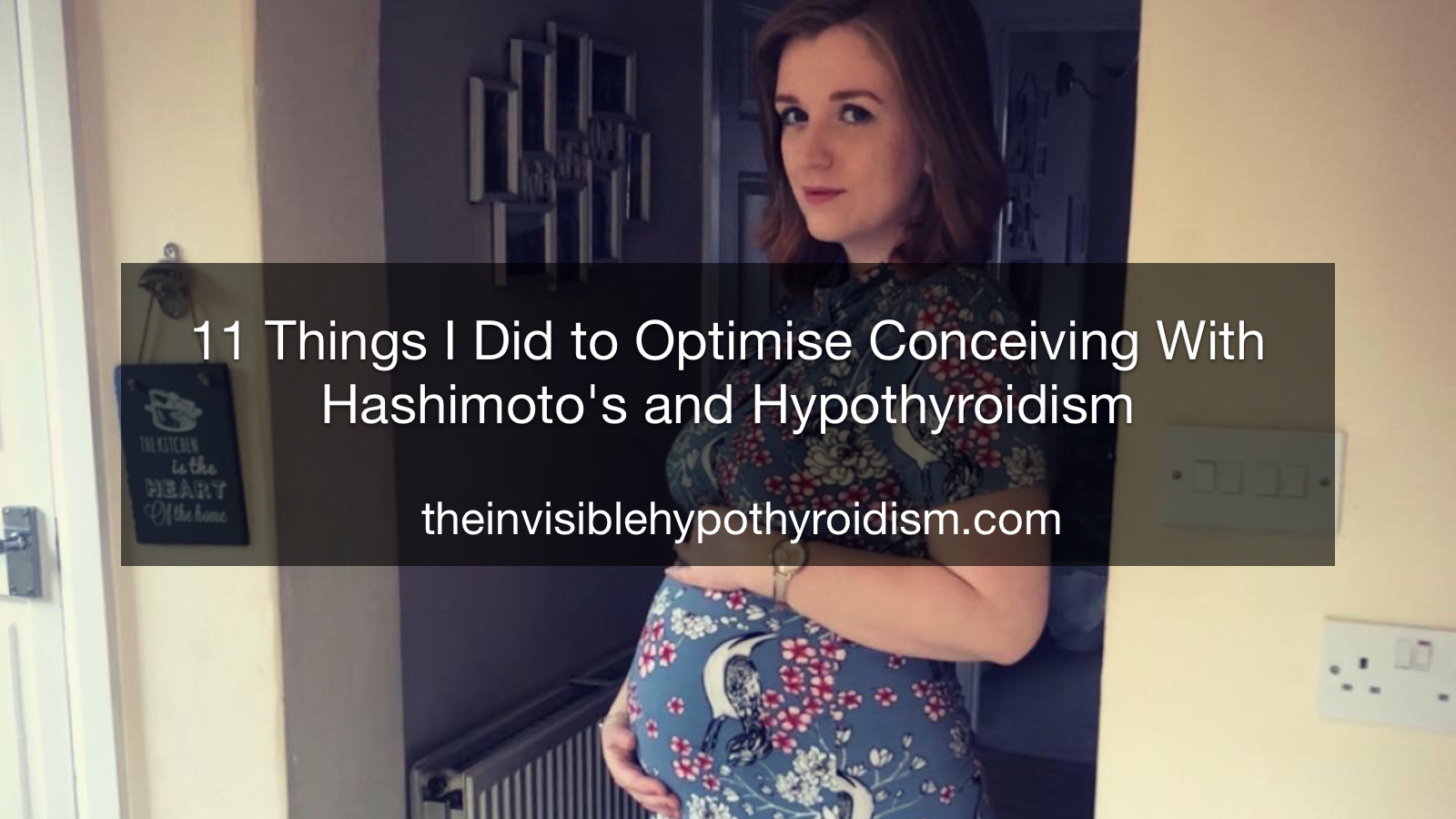 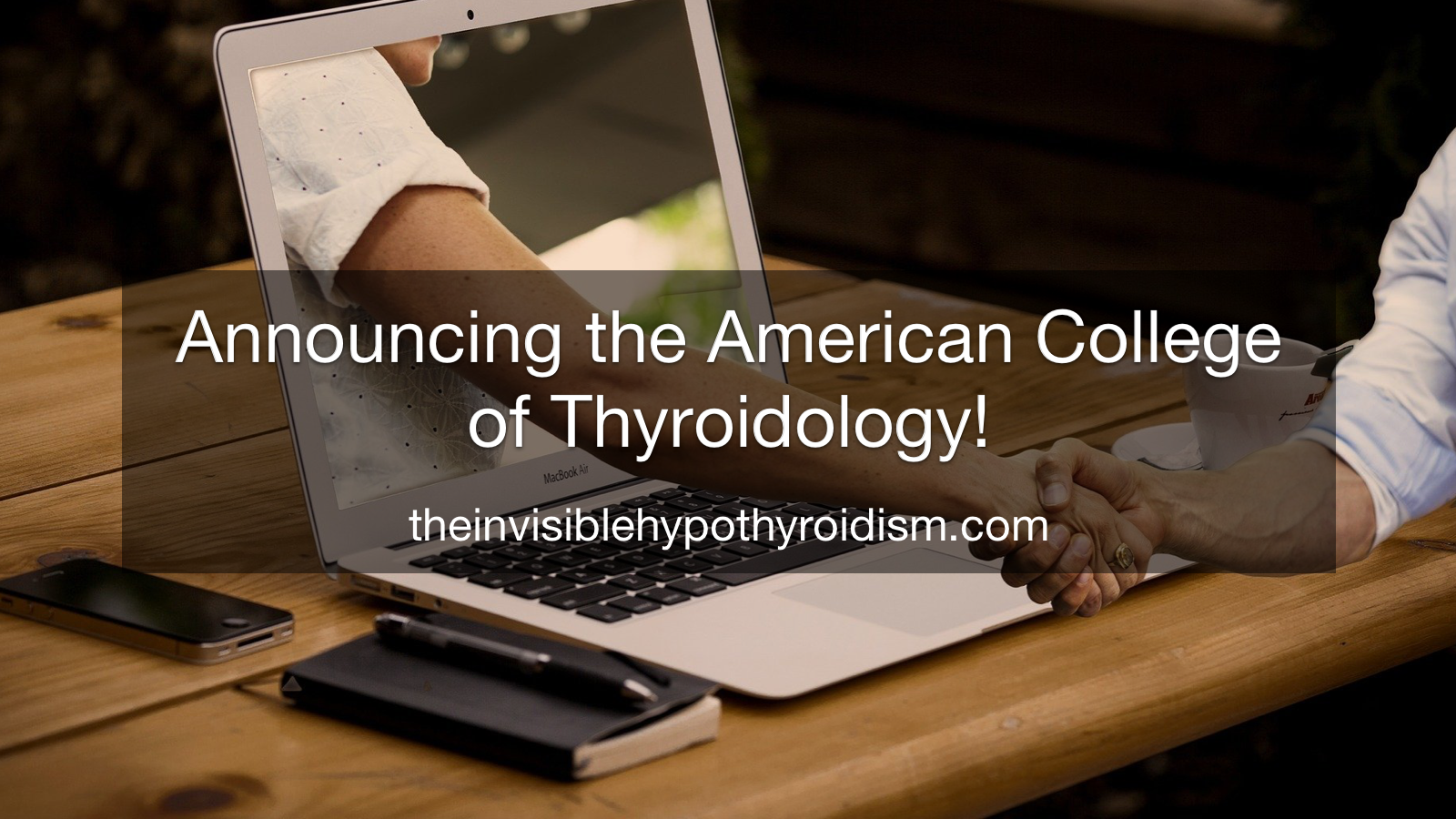 Announcing the American College of Thyroidology! 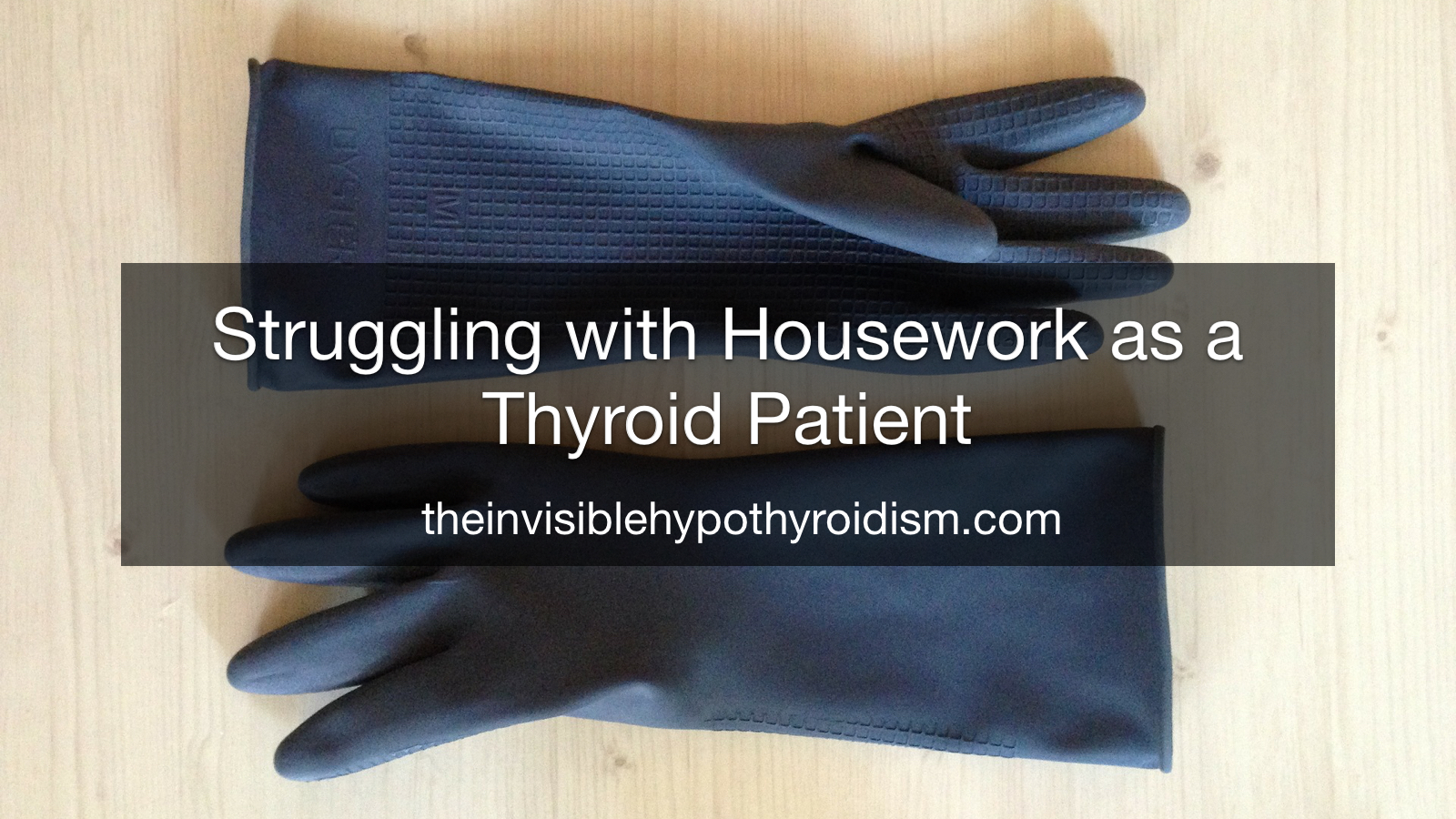 Struggling with Housework as a Thyroid Patient

5 Ways To Change How Hypothyroidism Is Perceived