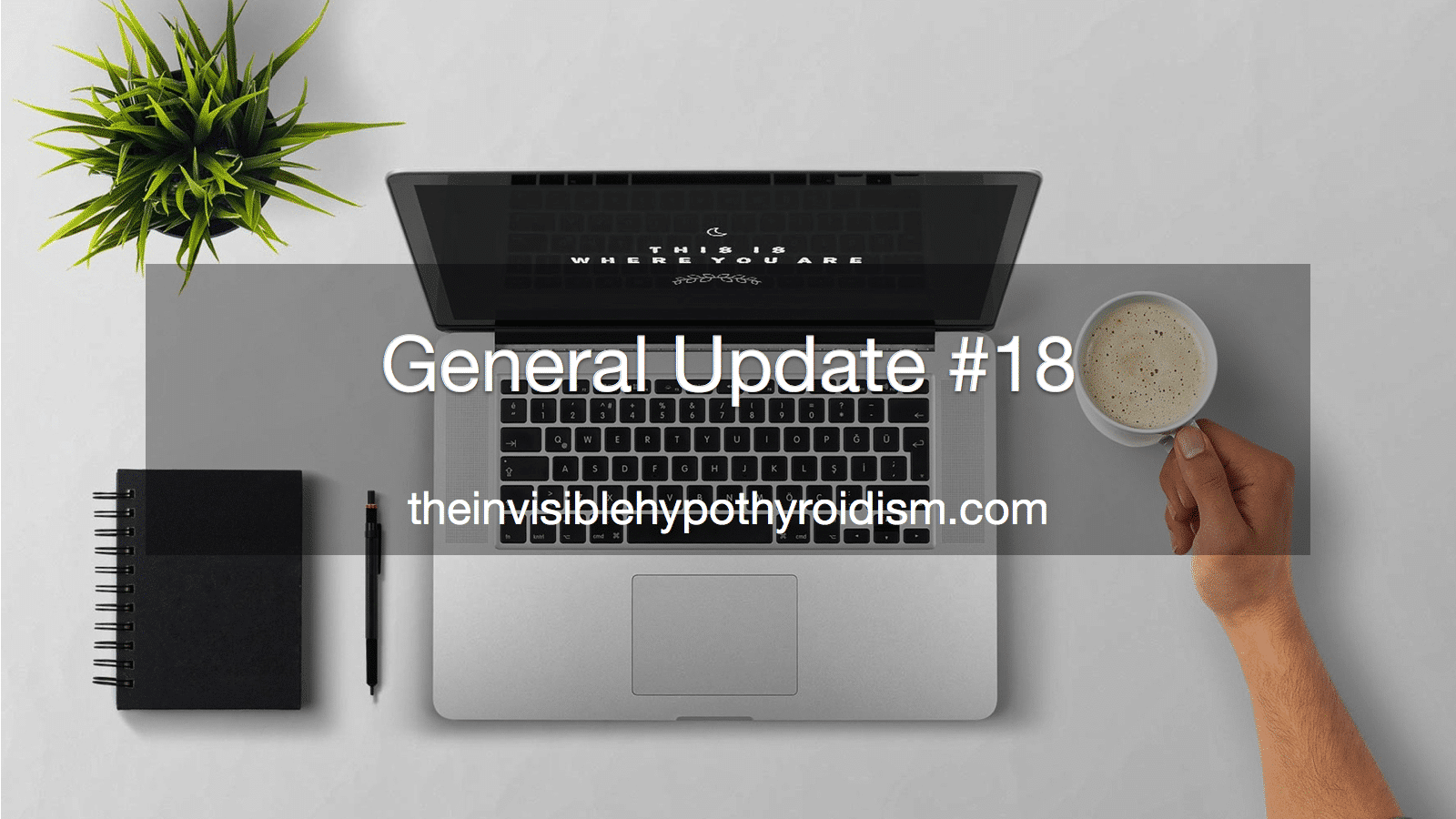 It’s been over two months since I did a general update on my health and to be honest, it’s long overdue.

I’ve been on the POP for over two months now and I’m quite pleased with it. My periods seem to be settling to once to a month (I was having two a month), but I know that these may stop altogether once I’ve been on the pill longer. My acne isn’t too bad, with just a few popping up around my period, but apart from that, I’m just mostly left with scarring. Being really fair skinned though, it’s quite obvious. But I’ve started using Dermalogica products and they’re definitely helping to control break outs, too.

In terms of my thyroid health, I’ve been up and down in dosage of NDT and just today my GP has requested that I lower the dose again, after lowering it about a month ago and only feeling worse, so I’m hesitant to lower it any more. His reason being that my anxiety disorder has flared up again and he thinks I could be over-medicated, even though my Free T3 and Free T4, the actual thyroid hormones, are within range. It’s just my suppressed TSH he thinks could be the issue, even though it doesn’t make any logical sense since TSH isn’t a thyroid hormone. It’s a pituitary one. But anyway.

That leads me on to my mental health. From my post a couple of weeks or so ago, you probably gathered that I’m in a pretty dark place right now. Since Christmas, I’ve felt like I haven’t caught a break with viruses, ear infections, gastritis, antibiotics, diarrhoea bugs and even sickness bugs.

Just before I went off on my much-needed holiday to Morocco, I was beginning to crumble in terms of feeling stressed, low in mood and anxious pretty much all the time, so I hoped the holiday would help me. But as you may already know, I caught a diarrhoea and virus/flu-type bug when away and the diarrhoea only stopped a week or so ago. It lasted well after we got home and experiencing those bugs really worsened my mood.

I didn’t come back off holiday feeling refreshed and ready to take on my new position at work (a role promotion), I came back to work ready to crumble, my physical health in tatters. And soon after, my mental health crumbled, too. I’ve felt overwhelmed constantly, with life in general.

Living with several chronic health conditions can be tough enough but I’ve been ill on top of those, which is unbearable at times. You feel like you’re living the life of your ghost, with illness controlling absolutely everything you do. Starting a new job with added responsibility at work therefore, hasn’t helped and quite a lot of changes have been going on at work the past couple of months, making for opportunities for stressful situations, which have all contributed to how I’m feeling now.

And then when at home, all I pretty much do is sleep. And when your life is just about working and sleeping, you start to become depressed. And when you are awake, and you feel ill constantly, that adds to the depressive state. Even when you try to have a social life, your health gets in the way and you pay for it for days after. Then when change at work occurs and you have anxiety disorder and other issues arise, you begin in to a spiral of anxiety, depression and stress and eventually you just explode.

I exploded a couple of weeks ago, which I wrote about on this blog, and then I exploded again this time last week.

I’ve dragged myself along to this point today, when I finally had an appointment to see my doctor, and I told him everything. He listened, was very sympathetic and agreed I need time to reassess my life, my aims, what makes me happy and what I can change to improve my quality of life. He proceeded to recommend counselling and CBT services and he signed me off work for two weeks. It was weird. I felt a sense of relief when I realised that I wasn’t going mad or overreacting to anything and someone validated that it’s understandable to feel how I feel. But then a voice in my head whispered that I was a failure, that by being signed off from work for a while, I’ve given in. That I should have kept on trying. That I’m weak.

As I took the booklets of information for CBT and counselling, and my ‘Not Fit For Work’ slip for my employer, I left the doctor’s room and melted on to a chair in tears. I turned to Adam, my fiance, who came to the appointment with me, and I whispered “I’m a failure.”
He put his arms around me and laughed softly, in a sympathetic way; “Oh, you’re not a failure! Not at all! Like the doctor said, you’ve been strong to take a step in the right direction, today.”

So I called my boss and let her know and then I headed to the post office to send the document to her. I wanted to go home and get in bed, curl up and forget about the world, but instead, I wandered in to a few shops and took a brief look around, trying to take my mind off things. With not much luck, I came home and spoke to one of my best friends on the phone, which helped somewhat.

Since then, I’ve been trying to keep myself busy. I’ve tidied up, I’ve rearranged a book case and I’m writing this blog. But whenever I get a second to think, a second where I’m not actively doing something, the anxiety strikes, hitting me like a punch to the stomach. I realise again that I’ve been deemed not fit to work.

I feel stressed, even though there’s not really much to feel stressed about, in reality. I still feel like a failure and I feel lost.

These two weeks will be crucial in my recuperation and reassessment of my life. I’ve also been referred for an autism assessment to try and nail whether some of my issues with finding it hard to communicate, becoming overwhelmed somewhat easily and being quick to irritate, is down to possible autism or just my dysfunctioning adrenal glands.

Have you ever been signed off work? 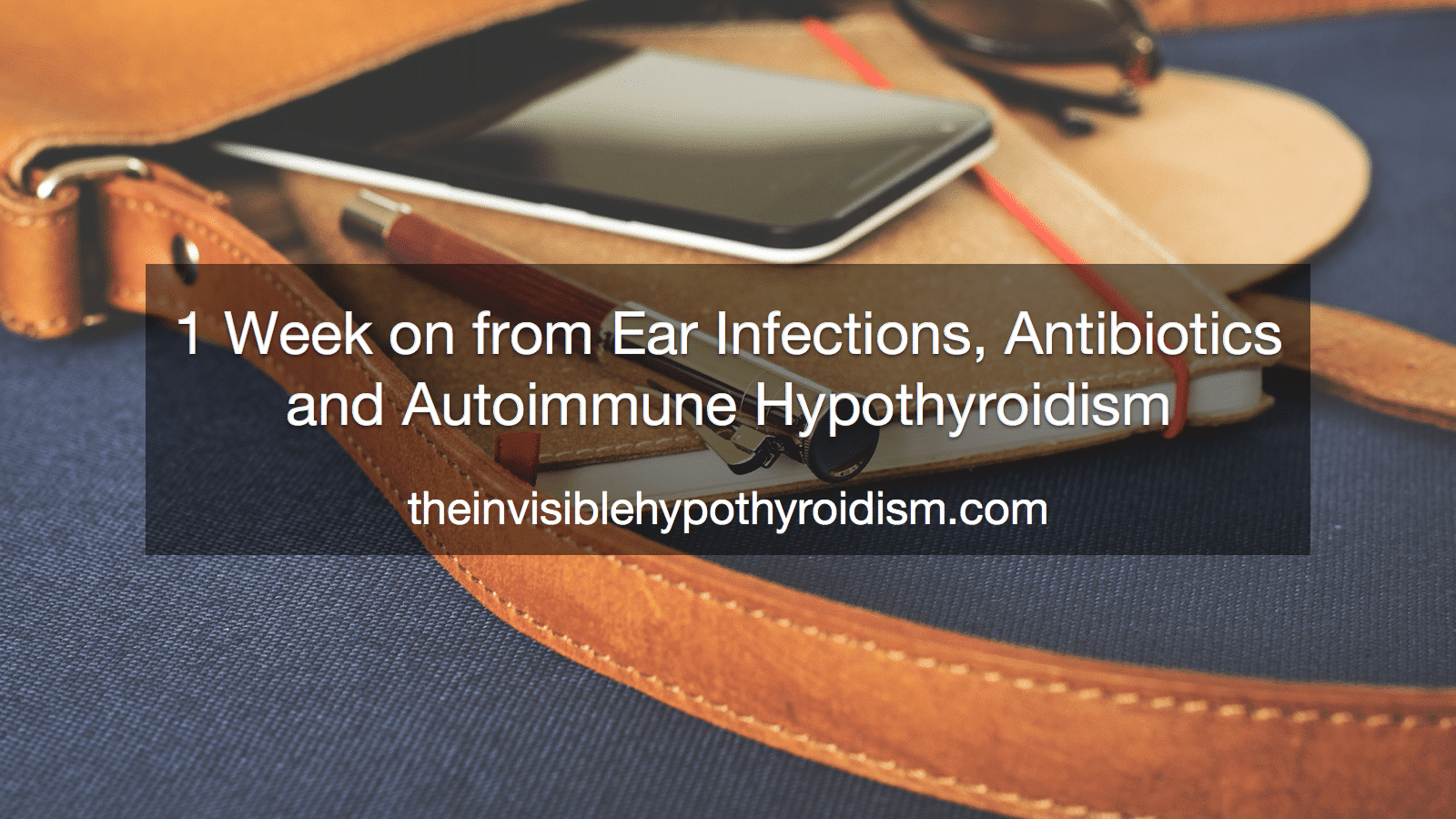 Update: One Week on from ‘Ear Infections, Antibiotics and Autoimmune Hypothyroidism’ 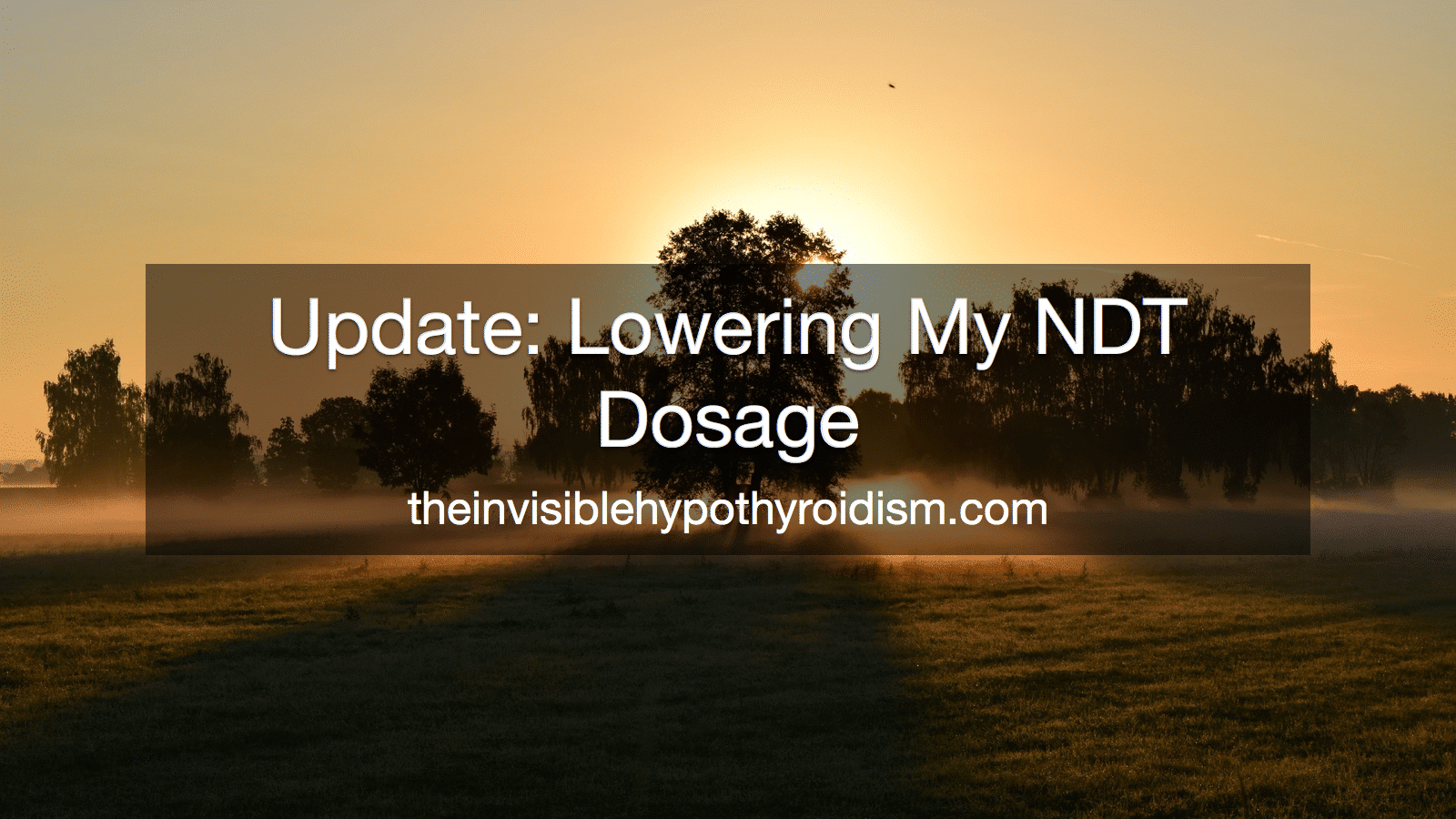