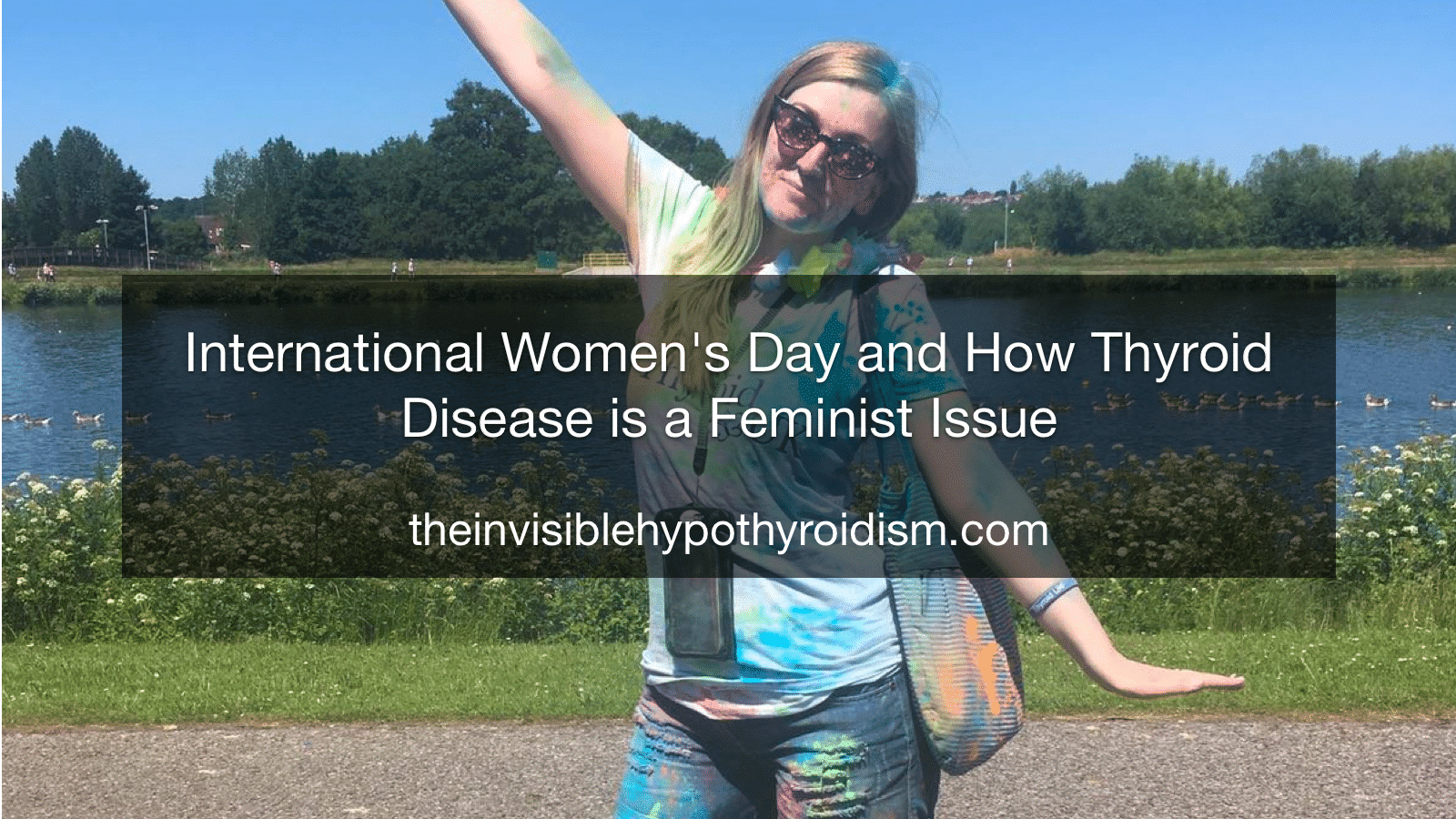 The 8th March marks International Women’s Day, commemorating the movement for women’s rights. Hypothyroidism and Hashimoto’s affects a lot more women than men (7-15 times more women), but sadly a lot of women, when they go to the doctor complaining of tiredness, depression, brain fog, memory problems, weight gain etc. are made to feel as if they are hypochondriacs.

Myself and many other women have been made to feel as if we’re making up our complaints of thyroid symptoms or are brushed off with “Well this is all normal for a woman your age”, “It’s all in your head”, “Just eat less and move more” – all of which are utterly wrong and disgusting. Read my article about medical gaslighting here.

Middle aged women are especially likely to be told that it’s all normal for someone their age and then sent back out the door with nothing more.

As someone who had symptoms since my teen years, I also experienced difficulties in getting diagnosed and being listened to, as doctor’s felt that I was too young to really be experiencing all the symptoms I said I was (muscle cramps, heavy fatigue, poor stamina, irregular periods, depression, anxiety, acid reflux, brittle nails, aches and pains). I was told that it was ‘all in my head’. It wasn’t.

Men are Believed Over Women

Which doesn’t surprise me. But it is still obviously wrong nonetheless.

I’ve even noticed better results when seeing a doctor or thyroid specialist, when I take my husband with me to the appointment. I find that they’re more receptive to what he has to say about me (even if he’s saying the exact same things I raised with the doctor alone, in a previous appointment), and the doctor has even spoken to my husband directly about me, as if I wasn’t sat in that very room!

What We Feel is Real

Many women are shrugged off, made to feel as if they’re making their symptoms up and then are dismissed for years, before eventually being diagnosed with a thyroid condition. All along they were actually living with a real health condition. It wasn’t just existing in their heads, it was absolutely real.

It is not ‘normal’, ‘expected’ or has to be ‘put up with’. Hashimoto’s and hypothyroidism  wreak havoc on many peoples’ lives. Mainly women too.

Of the 750 million people living with thyroid disease across the world, as many as 60% are undiagnosed. Are they undiagnosed because doctors are dismissing their concerns and not thinking to run the appropriate tests? Especially with women who they decide to prescribe antidepressants for instead?

The fact that the symptoms are so varying (there are over 300 known symptoms of Hypothyroidism), means it can make it difficult to catch and diagnose the condition, but as so many people have it, it’s obvious that we need more regular screening to get those living with it treated sooner.

We also need more people (especially doctors) to be more aware of thyroid disease’s existence and manifestation, especially in females. Doctors need to be listening to their female patients more closely and not dismiss their concerns just because they’re a woman, and obviously an hypochondriac who’s also probably depressed and loves the attention (note the sarcasm in my voice).

The Risk of Missing That Diagnosis

Failure to pick up on Hypothyroidism and Hashimoto’s early enough can lead to patients experiencing miscarriages, mental health issues, weight gain, loss of ability to do as much as they used to (hobbies, social life, work life, exercising all affected) and even cognitive effects, such as brain fog and experiencing memory issues. Many women are losing years of their life unnecessarily.

What are your thoughts on this topic? Share in the comments below. 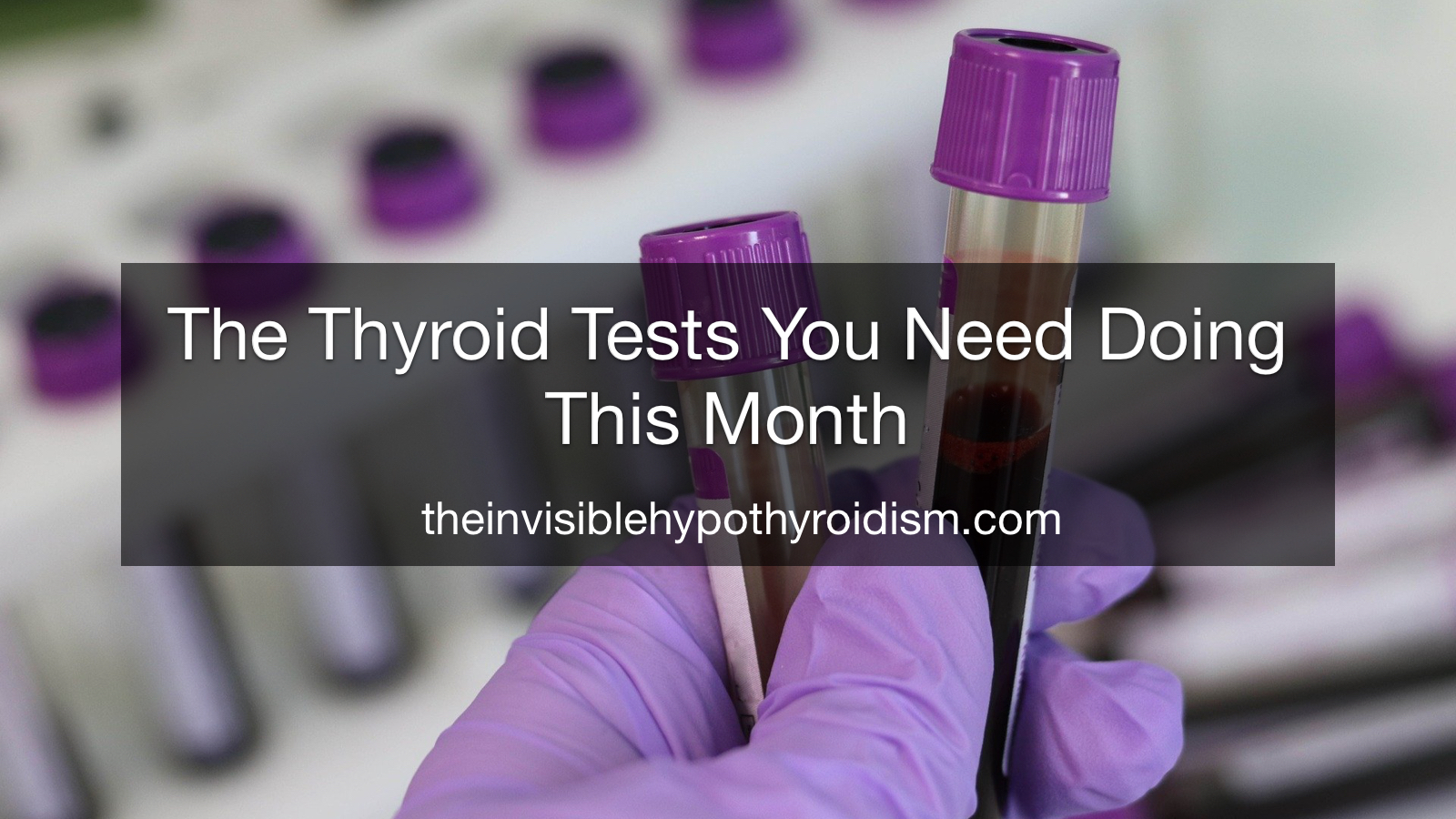 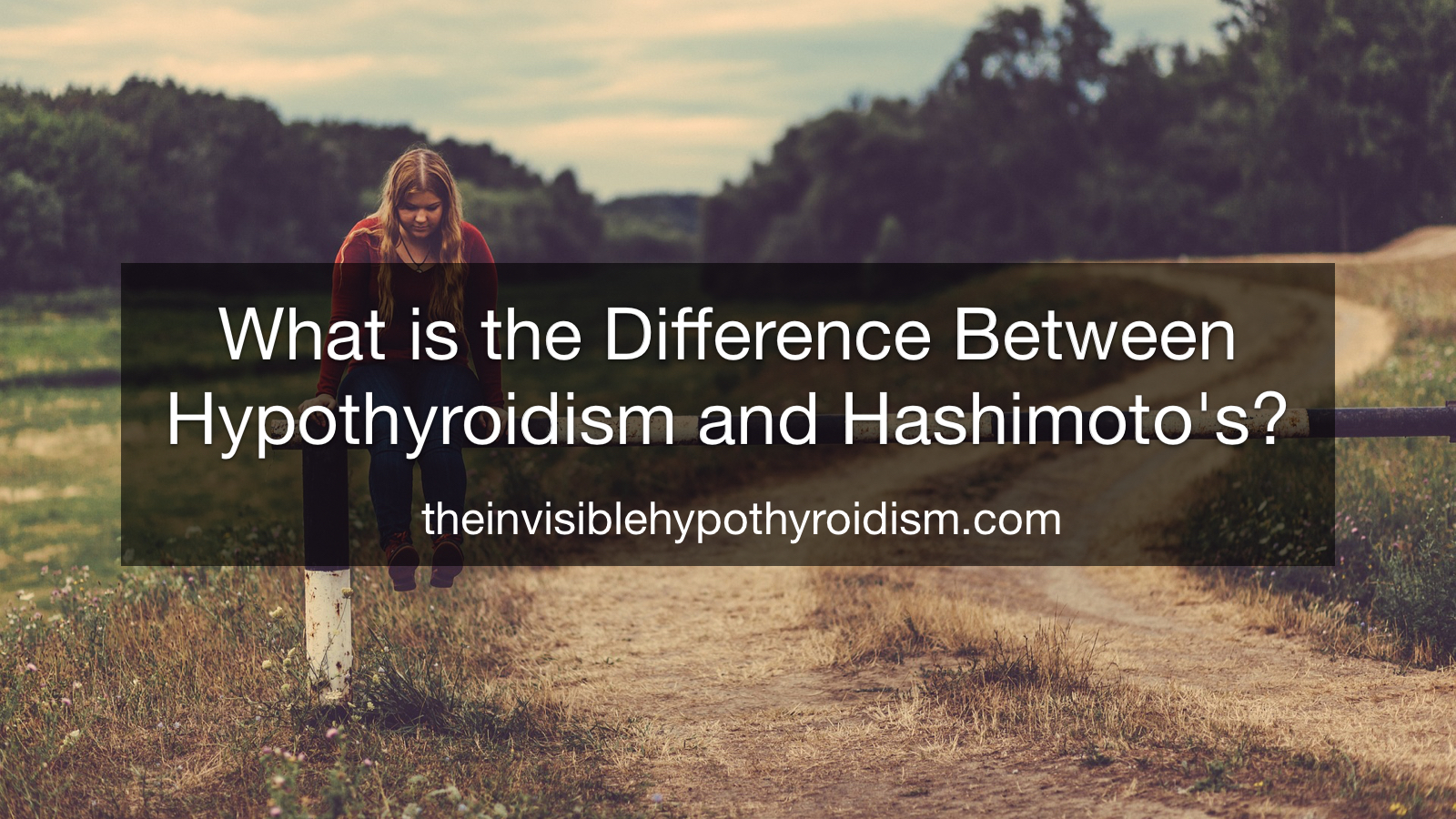 What is the Difference Between Hypothyroidism and Hashimoto’s? 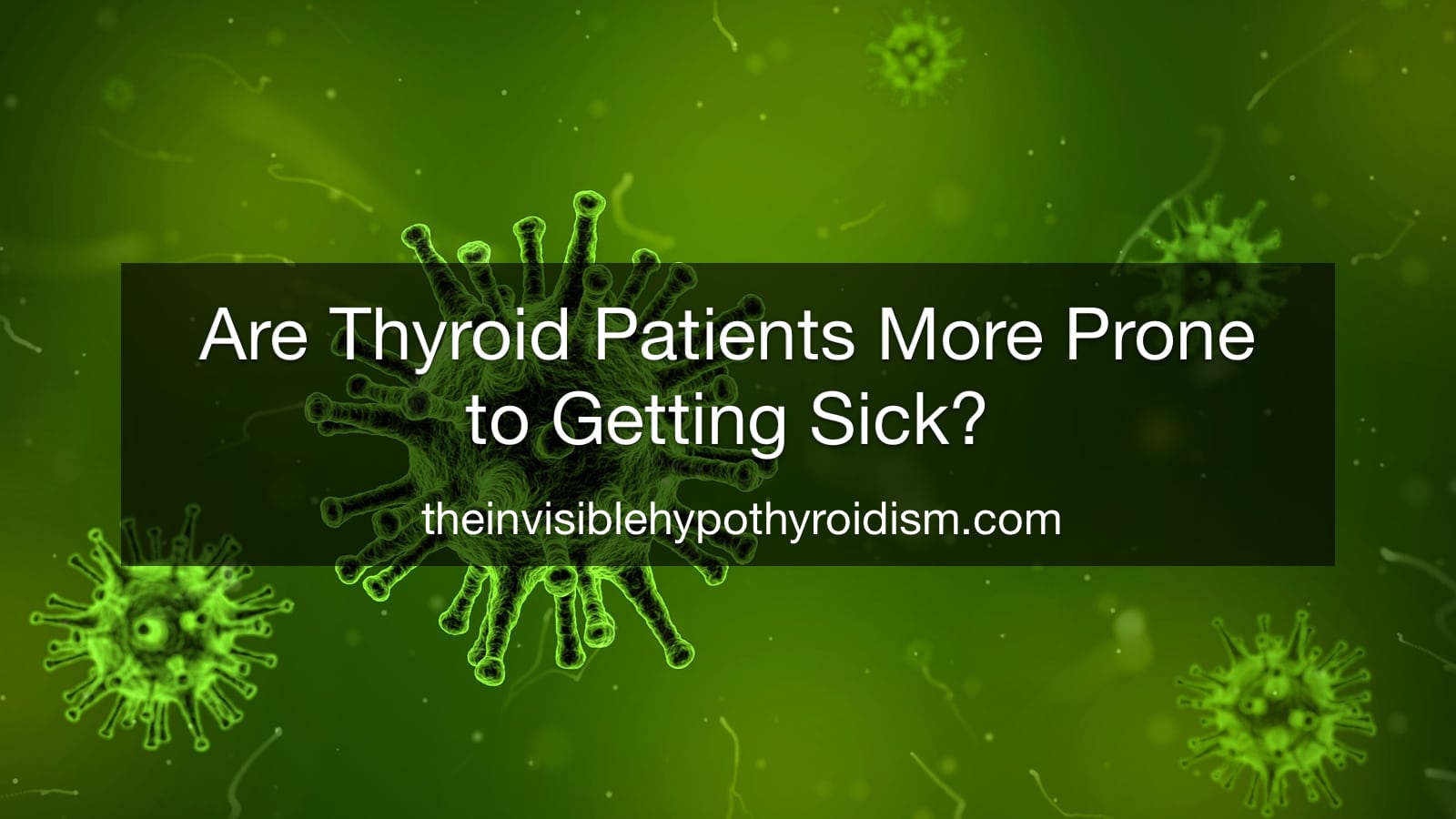 Are Thyroid Patients More Prone to Getting Sick?

5 Ways to Be Your Own Thyroid Advocate

There came a time when I decided I would stop lett

💊 Read Below For Why it Matters 💊 • Takin

Do you drink as a thyroid patient? Perhaps you’