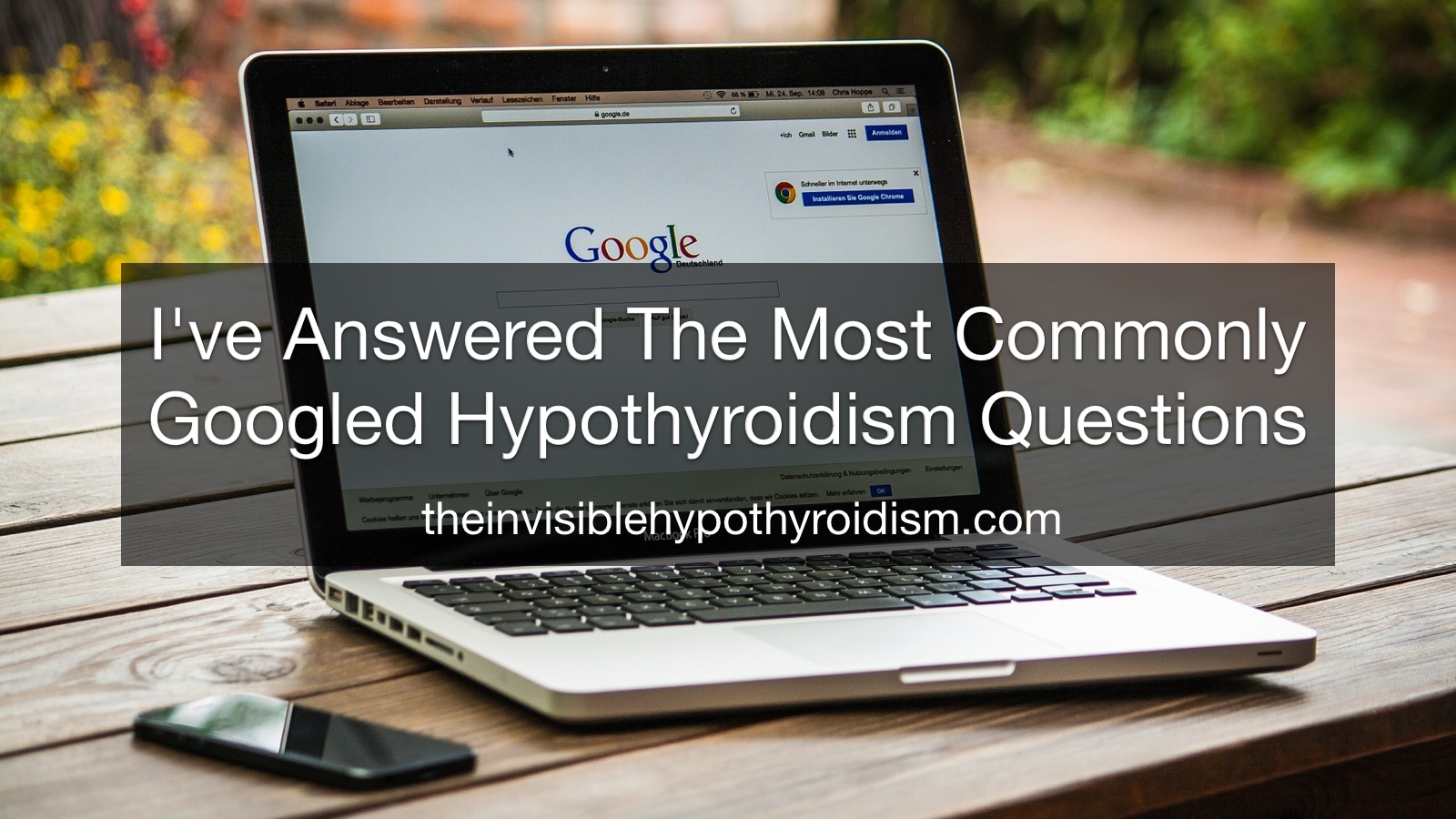 For something a bit different, I thought I would answer some of the most googled questions concerning hypothyroidism.

So I typed in ‘why is hypothyroidism’, and let google show me the most commonly asked.

Why is hypothyroidism so common?

The World Health Organization estimates that 750 million people in the world have some form of thyroid disease, including at least 1 in 20 people in the UK say the BTF and more than 12 percent of the U.S. population developing a thyroid condition during their lifetime, say the ATA.

It is a more common condition than many others and I’m willing to bet that there will be at least one person with hypothyroidism in every person’s life. I didn’t know anyone with the condition before my diagnosis but then I soon learnt that there were other hypothyroid people in my life who hadn’t mentioned it to me before.

Why it’s so common is a complex question. I’ve covered why instances of the disease are on the rise below, but as to why at least 1 in 20 people in the UK alone have hypothyroidism, I guess we should be looking at the causes for the condition developing in the first place.

With around 90% of hypothyroid people having Hashimoto’s to thank for it, most peoples’ cases of the condition are triggered by certain life events. [1]

Pregnancy, menopause, extreme illness and stress, food sensitivities (that can often develop later in life) and even surgery can trigger the condition. For most people, the onset of symptoms will have started after an event like this.

I guess because there are so many possible triggers and causes for it, especially anything causing a hormonal shift or stress on the body, it gives a lot of opportunities for those with the disposition and genes to trigger it. It’s probably so common because of its many triggers.

Why is hypothyroidism exempt from prescription charges?

For those of us living in the UK, NHS prescriptions for thyroid medication are free. Why?

I wrote a post all the way back in May 2016 about the possible reasons as to why, but in short, the main recurring reason bouncing around the internet is that because it’s well recognised that if you have hypothyroidism you’ll be taking the medication for it for life, and  it’s also well recognised that people often develop many other conditions when they have hypothyroidism, the free prescriptions help with this ‘burden’.

It’s also hormone replacement medication and most of these are free on the NHS too.

Why is hypothyroidism bad?

Assuming that those googling this question are wondering to what extent hypothyroidism has on patients, it is ‘bad’ because the list of symptoms are very long and far reaching. As thyroid hormone is required for every cell and function in the body in order to work correctly, the symptoms can start from your head and go all the way down to your toes!

Hypothyroidism often takes a while to diagnose due to the symptoms going misdiagnosed as other conditions, and even when people are diagnosed, those declared ‘only borderline‘ are often denied treatment, leaving them feeling poorly still.

And then you have those who are put on medication but still feel ill.

So there are many reasons why one may consider hypothyroidism to be ‘bad’. It’s often always a straightforward condition to treat and manage.

As touched on above, misdiagnoses of hypothyroidism can happen due to the (literal) hundreds of symptoms associated with it, often being mistaken for other conditions. Depression, fibromyalgia, chronic fatigue, infertility, heart problems, acid reflux, GORD and more can all actually be caused by a hypothyroidism.

Despite hypothyroidism being a rather common health condition, it is often missed and not tested for, which is something I write about a lot. More regular thyroid testing should be carried out for everyone.

Many doctors are also not up to speed on current thoughts and trends when it comes to diagnosing the condition either. Of those that do test for a thyroid condition, most are just testing TSH levels (a pituitary hormone) and not the all important thyroid hormone levels Free T3 and Free T4. Just like in my case, they’ll often only check these thyroid hormone levels if someone’s TSH comes back well outside the range (which is often too wide as it is anyway).

The ATA also say that as many as 60% of people with hypothyroidism are undiagnosed.

Why is hypothyroidism on the rise/increasing?

Two of the searches ask why hypothyroidism is on the rise and increasing.

There are many possible reasons, with fluoride being added to water around fifty years ago, a known thyroid toxin, being one, and people becoming increasingly stressed, with stress being a major cause behind many people triggering their thyroid condition, being another.

The average person’s diet being less nutrient dense and higher in sugar for example, compared to half a century ago, could also be suspected as sugar drives inflammation and gut issues, as well as the contraceptive pill becoming available in the 1960’s, with hormonal contraceptives being a trigger for hypothyroidism too.

Why is hypothyroidism caused?

Hypothyroidism is most often caused by the autoimmune disease Hashimoto’s Thyroiditis. Hashimoto’s is behind around 90% of the cases of hypothyroidism and is often triggered by heavy physical/mental/emotional stress, pregnancy, menopause, food sensitivities, gut issues, adrenal dysfunction, illness, vitamin deficiencies and more.

For those who have non-autoimmune hypothyroidism, causes can be toxins, low/deficient vitamin levels, adrenal fatigue, surgery and an incorrectly functioning pituitary gland.

Why is hypothyroidism more common in females?

For every nine or ten women that suffer from hypothyroidism, only one man does. A reason for this could be to do with oestrogen, a hormone women  have a lot more of compared to men. And many even have oestrogen dominance which can lead to thyroid issues.

We know that big hormonal shifts in a woman’s body, such as pregnancy or the menopause, can bring hypothyroidism to surface when the amounts of this hormone change, and many medical professionals are now blaming oestrogen dominance for the cause of some hypothyroidism cases. This hormonal imbalance can have a knock-on effect with the rest of the endocrine system, leading to or being exacerbated by thyroid and adrenal dysfunction.

Hormonal contraceptives can there for lead to the triggering of a thyroid condition too.

What questions about hypothyroidism do you have? 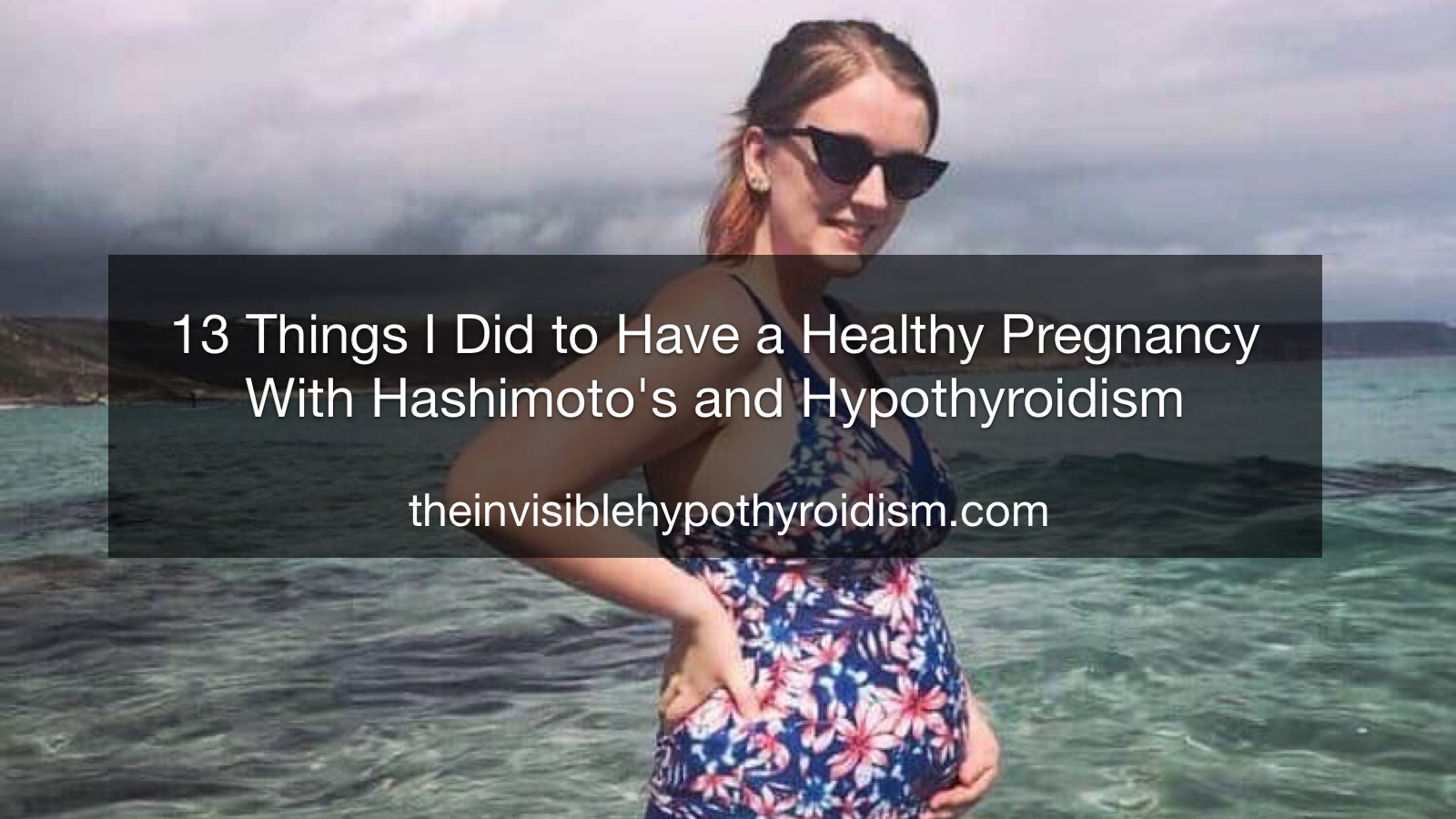 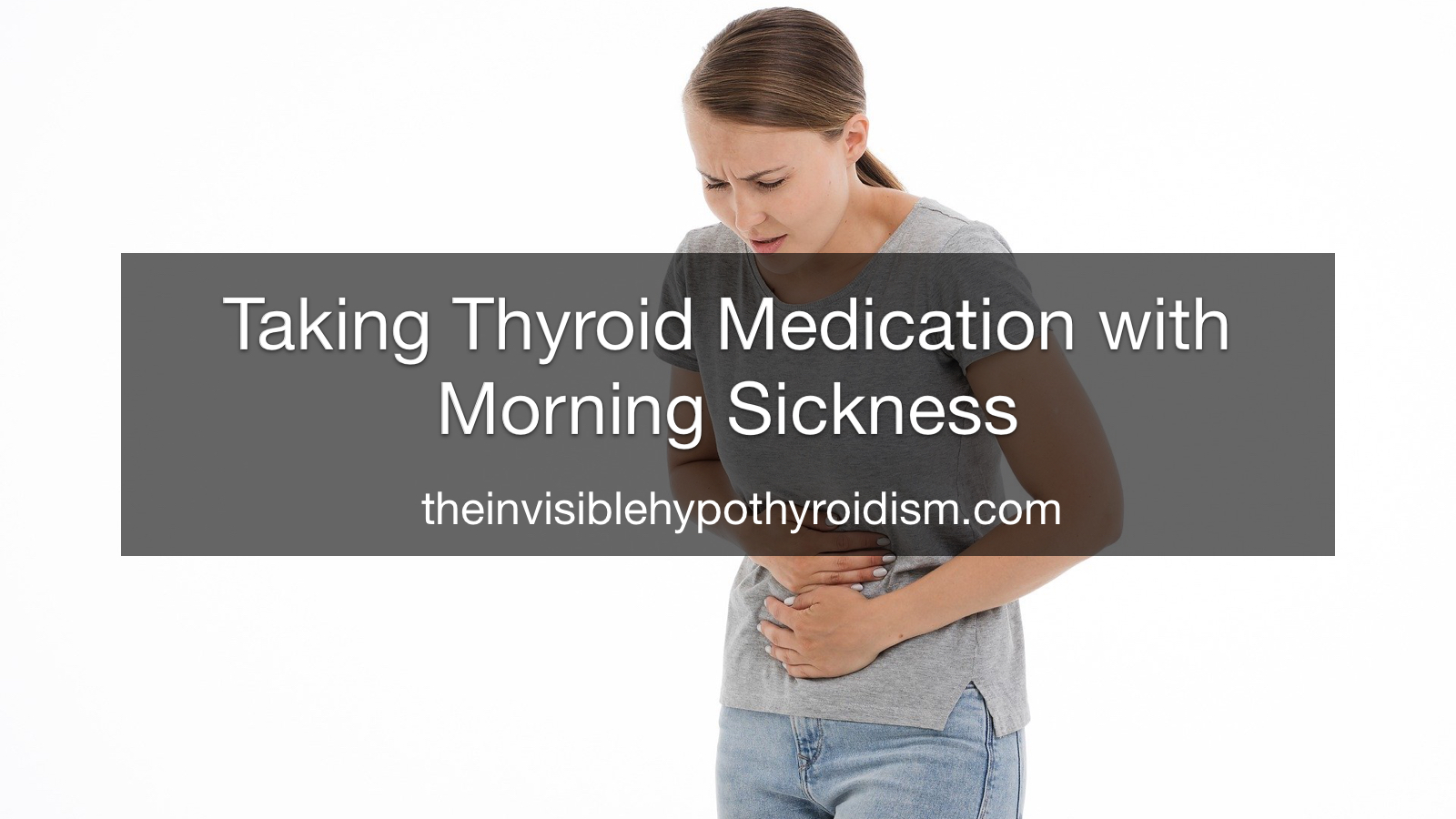 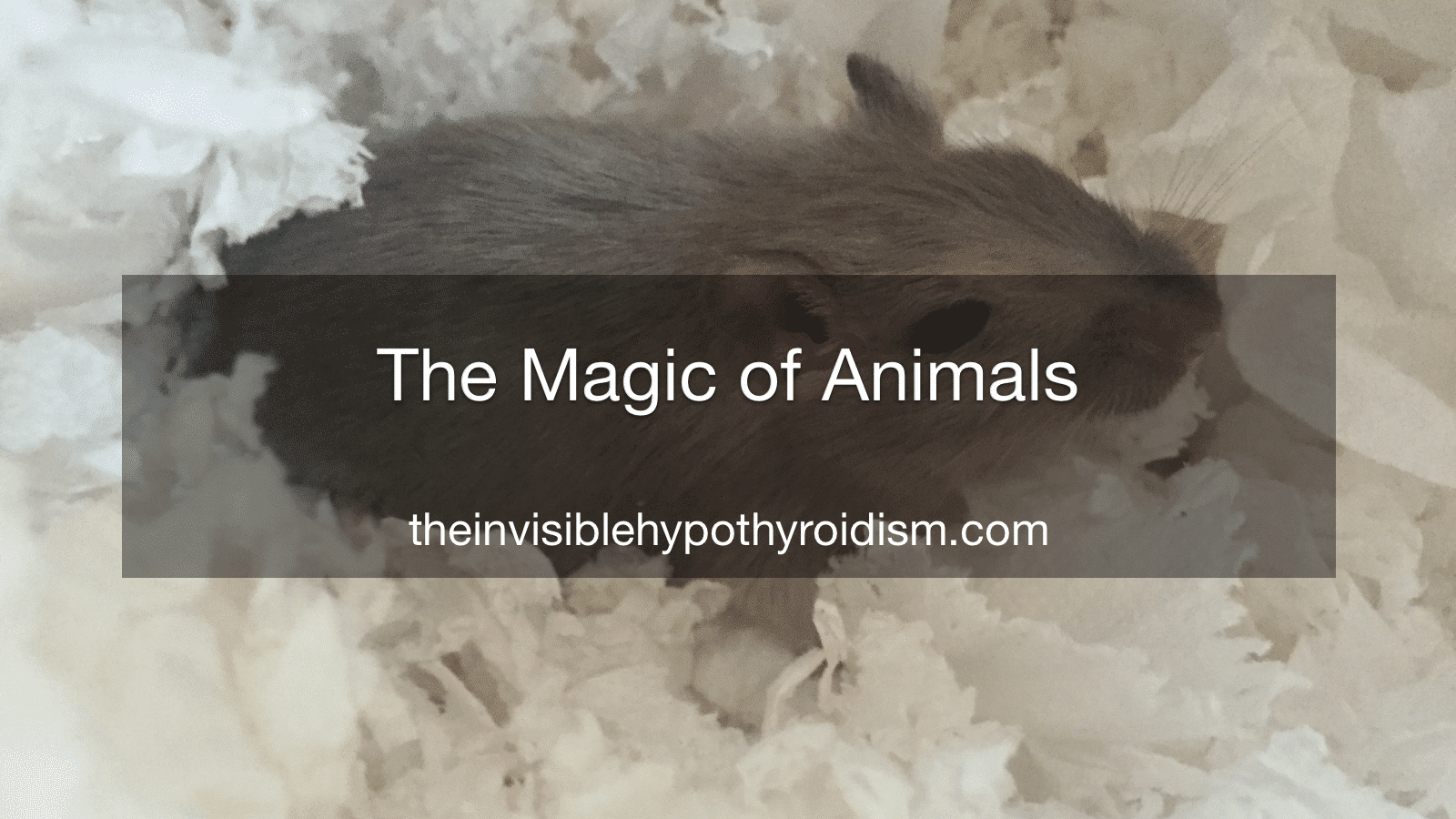 The Magic of Animals